Today all my efforts would go to finding a Spruce Grouse. My strategy, courtesy of Al Maley of New Hampshire, would be to enter the park as early as possible and slowly drive the same 4 miles of habitat north of Nesowadnehunk Campground at which I spent a few hours yesterday afternoon. Al's strategy made good sense...this way you cover more ground than walking, you can use your car as a blind, and the grouse often come to the roadside early to dust-bathe, grit, and feed.

I entered the park at its 5am opening time. By the time I traveled the 17 miles to the campground, it was about 5:55am. Along the way the only thing I stopped for was a deer with young fawn in the middle of the road. 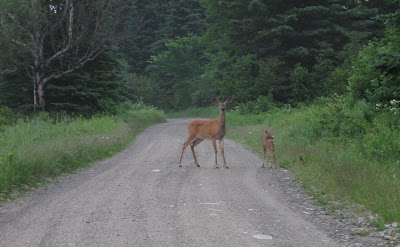 My first pass through the habitat, heading north, took nearly an hour. No grouse yet, but singing Fox Sparrows, Bay-breasts, and Blackpoll Warblers were good to hear again. I was focused on the grouse, so didn't leave the car to view these birds.

On my way back south, at about 7:15am, there was a male SPRUCE GROUSE along the roadside. 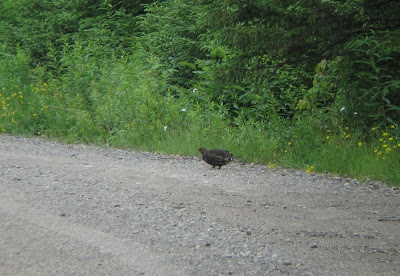 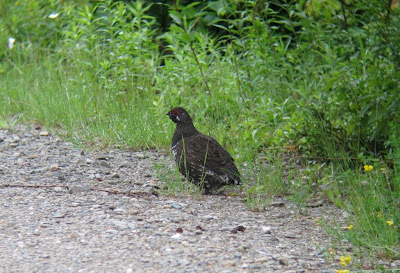 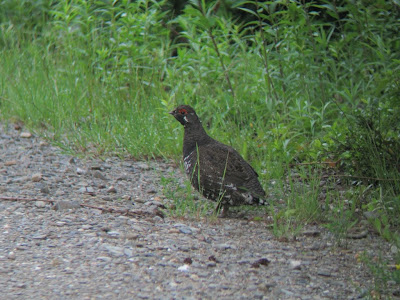 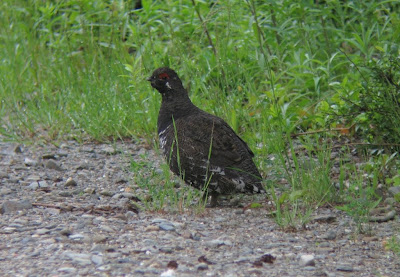 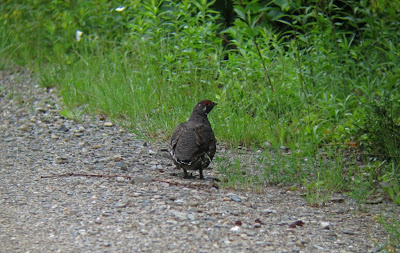 Spruce Grouse (male)
That felt really good, especially after spending so much time searching over the past couple days. I was able to spend a good few minutes observing the bird before it meandered back into the woods.

At this point I thought I would walk the road and one of the trails in hopes of running into a Black-backed Woodpecker. I didn't need this as a life bird after getting some great views in Washington state a few years ago, but it would be nice to see this species again, and now in New England. I enjoyed more views of Bay-breasted Warbler and Yellow-bellied Flycatcher. Two very noisy family groups of Boreal Chickadees moved through, and they put on a good show for a while. Red-breasted Nuthatches were especially common and inquisitive, and two more Gray Jays made a brief appearance. The only woodpecker was a Hairy. 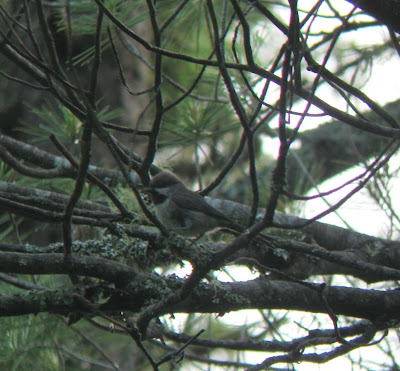 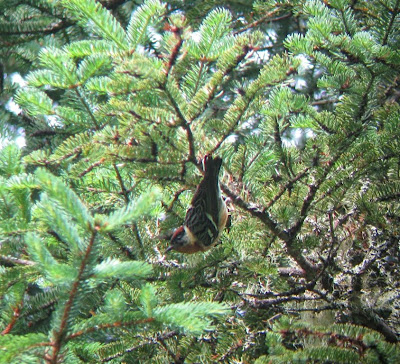 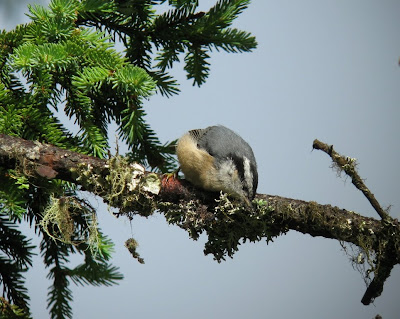 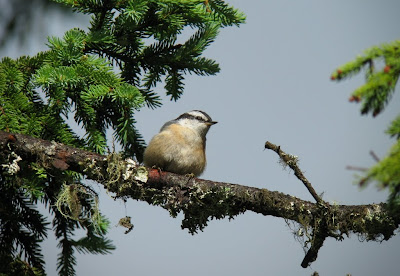 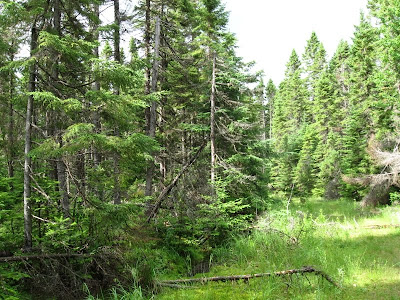 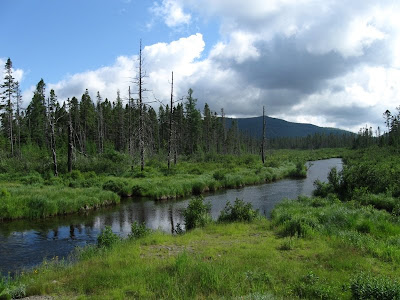 By this time it was around 10am and I decided to bird the road on my way back toward the park entrance. I had the road to myself in this part of the park, which really helped the birding (and made finding that grouse a bit easier). That is until a large MOOSE decided to cross the road in front of my car. It's too bad my camera wasn't ready because it would have made for a nice shot. After a brief moment the beast awkwardly trotted back into the thick woods and completely out of sight. Missed my chance!

As I continued down the road I heard a repeated low-pitched 'pik' out the window that sounded a bit like chopping wood. BLACK-BACKED WOODPECKER. Luckily here the conifers were thinned out enough to get a view deeper into the woods. After a minute of waiting, the Black-backed Woodpecker flew into view, called again once or twice, and flew back down and out of sight. A brief but satisfying view of this elusive species. Now my trip total was (2) Three-toed WP and (1) Black-backed WP. I'll take that ratio.

I continued down the road, back into primarily deciduous woodland. My plan was to head to the part of the park with the thickest density of Moose in hopes of getting some photos, enjoying the scenery on the way. 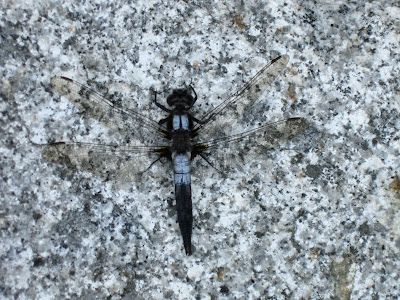 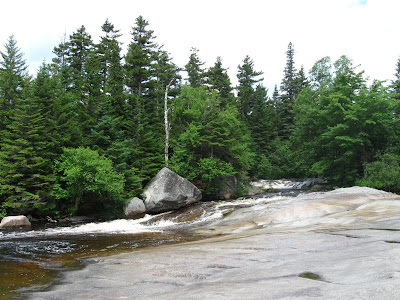 On the way I got out of the car to digiscope some Cedar Waxwings that were flycatching from low perches along the road. In the process I dropped my camera on its lens, jammed the external zoom, and rendered the camera useless.

At this point I was bummed, not so much because of the camera loss (paid just $150 for it, and I have a backup at home), but because my chance at a halfway-decent Moose photo was gone.

I weighed my options, as I had planned on staying one more night and birding Baxter again in the morning, likely hiking Mount Katahdin if the weather was going to cooperate (Bicknell's Thrush and breeding American Pipit likely on the hike). But I had mildly sprained my knee earlier by slipping on a moss-covered stump. That, combined with the broken camera, convinced me to head home that afternoon. So I left the park around 1pm and headed for I-95 South.

I did make one stop on my way home: Messalonskee Lake in Belgrade for breeding Black Tern. The spot isn't far off I-95, and I couldn't pass up the opportunity to see this species in full alternate plumage. On arrival to the boat launch a BLACK TERN was foraging just offshore. Further out were two more, all adults. A great way to end the trip!

Maine has some stunningly beautiful areas and some damn good breeding birds. I was particularly struck by the beauty of Baxter State Park, and I'm already looking forward to a return visit. I did a lot of driving over 4+ days, and it would have been a bit more fun if I wasn't alone for the last few, but I still had a blast. I got all my target birds (minus the Tropicbird), saw some fantastic wildlife, and took in the spectacular scenery.

I'd like to give a special thanks to everyone who provided information that helped me out, whether privately or publicly on Maine-Birds. In particular, Bill Sheehan (Aroostook County) and Bob Duchesne (Downeast) shared invaluable information. I'm very grateful for their generosity.