February 23, 2013
[Feb 25 update: We have received correspondence from a couple of authoritative larophiles from other continents with SBGU experience. Both have stated that this could very well be a good Slaty-backed Gull but there are some concerns, with leg color and structure being mentioned most often. No deal-breakers though. Other possibilities include a very atypical smithsonianus HERG or a hybrid of New or Old World species. As one of them put it "it certainly looks so similar [to SBGU] that it would be worrying if it is something else entirely!"

The bad news is that we're no closer to knowing what this bird is. The good news is that their concerns echo our own, which shows that most of us seem to be on the same page here.]

A few days ago Mark Szantyr found an interesting first cycle gull at the Windsor Landfill that seems like a decent candidate for Slaty-backed Gull. I carpooled to the fill this morning with Julian Hough and Jake Musser to find a small group of birders already working the flock. After a bit of time we located Mark's gull and studied/photo'd it until it started to get uncomfortably wet.

All photos below are completely unedited except for cropping. Conditions were overcast with a light mist/drizzle. Click thumbnail for larger image. Take a look at all the photos as size, structure, and even plumage features seemingly vary from photo to photo.

I'm going to leave the comments to a minimum here, at least for now. The question here is, how identifiable is a first cycle Slaty-backed Gull in North America? Can it be done with confidence? If so, does this bird fit the bill? For example, can a worn, faded smithsonianus Herring Gull or hybrid be ruled out?

If you have any thoughts, please feel free to use the Comments section at the end of the post. I will likely respond by playing devil's advocate in either direction :-) Otherwise, enjoy this head-scratcher. Bigtime kudos to Mark for picking out this bird and bringing it to our attention. 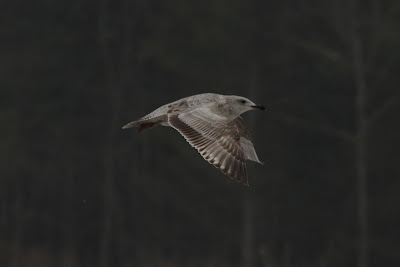 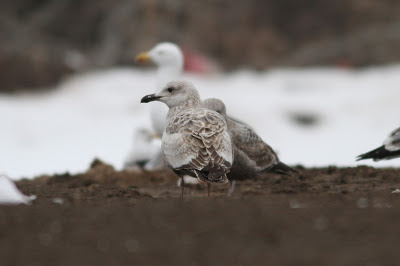 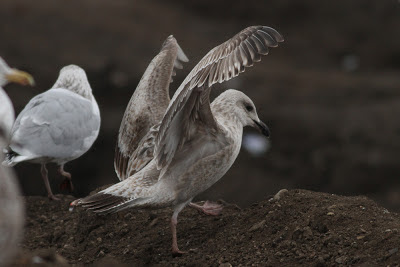 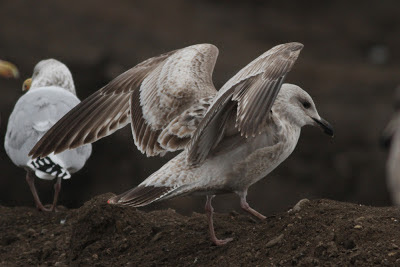 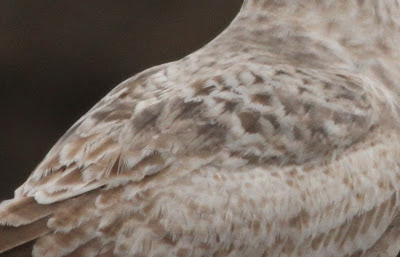 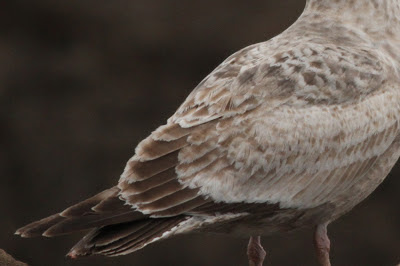 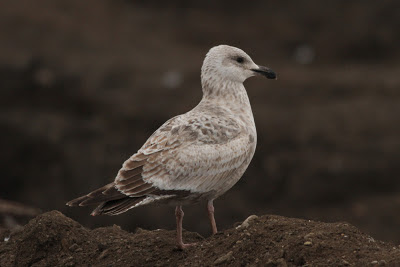 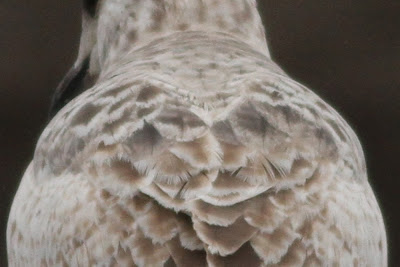 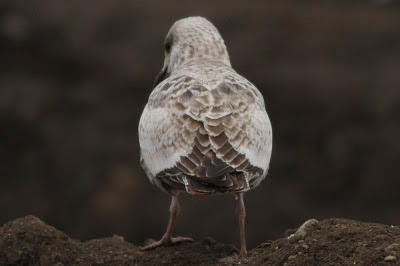 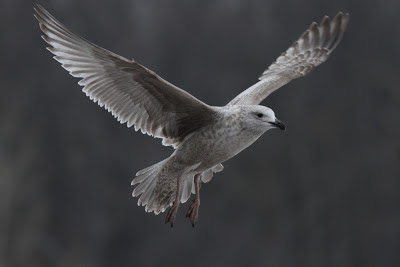 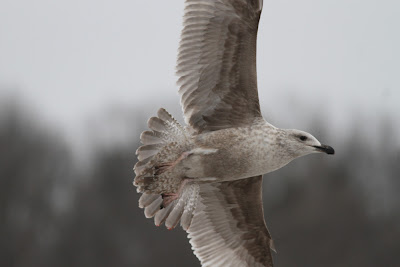 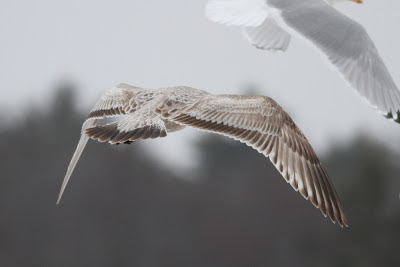 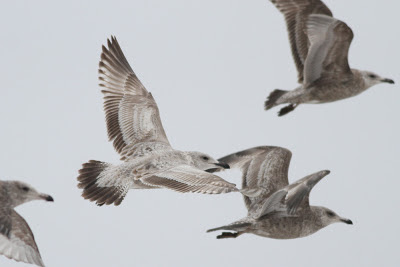 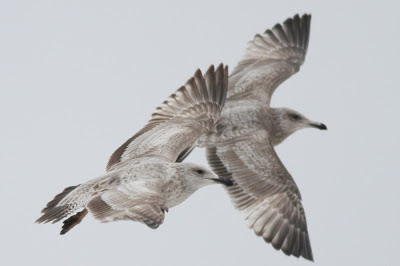 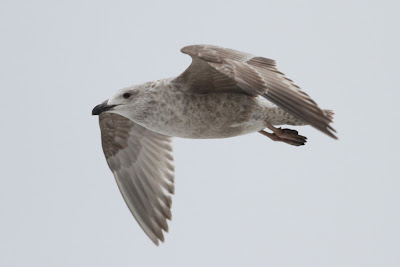 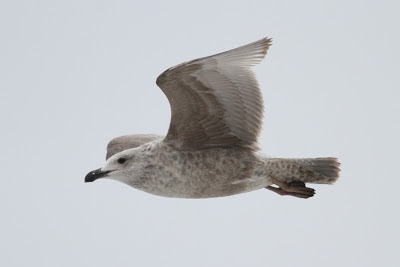 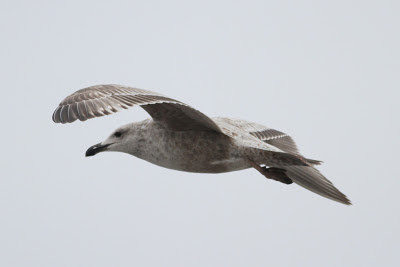 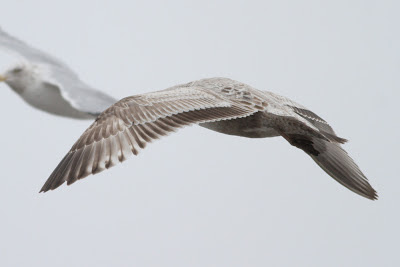 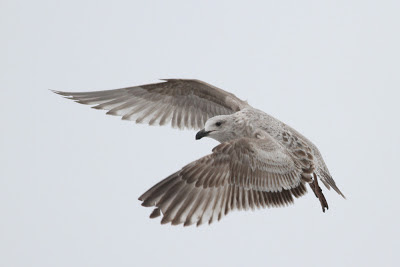 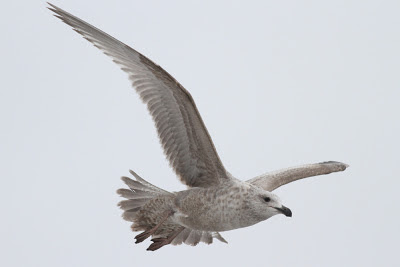 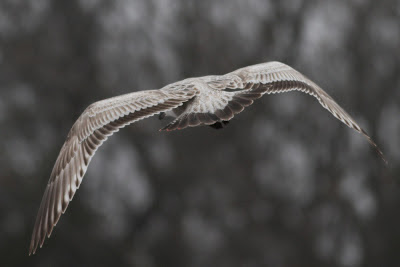 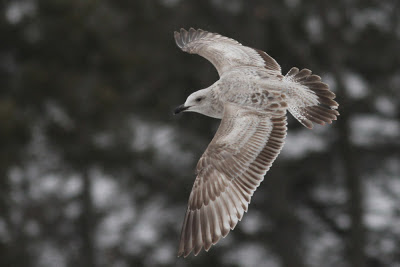 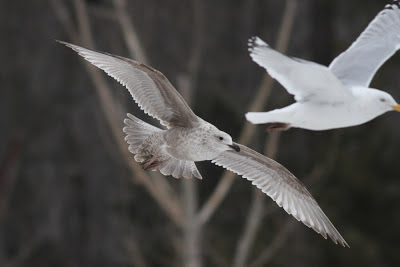 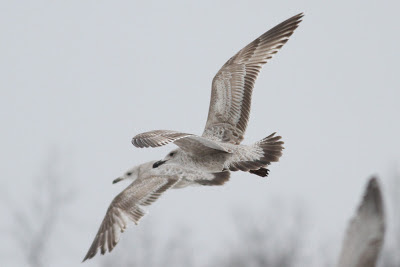 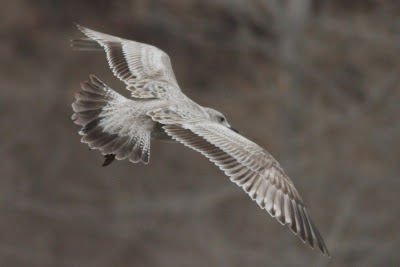 I currently do not have an opinion on this bird (and I'm not alone). Much more research is needed, all of which could be for naught; this one may go unidentified. I personally have seen zero SBGU of this age. On the other hand, I have seen thousands of first cycle Herring Gulls, and we know how ridiculously variable HERG and HERG hybrids can be...

Check out images of the same bird by Mark Szantyr, Julian Hough, and Joseph Cala so you can get a feel for what it looks like under different conditions/cameras/edits.