February 03, 2013
I debated whether I should post these images or not on account of them being of rather poor quality, but I found the variation in the Seattle area's wintering Fox Sparrows too interesting to not post.

The expected subspecies of Fox Sparrow at this time of year are of the "Sooty" group. I will arrange them from darkest to lightest. Each of the below birds may indeed fit best into the Sooty group, but I do wonder about the lightest bird in particular. See for yourself. I am not well schooled on the western forms of Fox Sparrow so if anyone with experience has any thoughts, please feel free to comment. 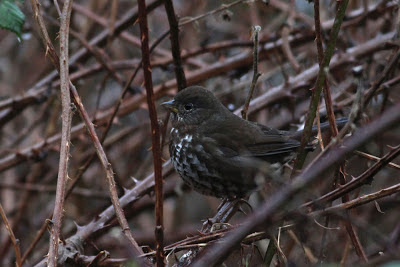 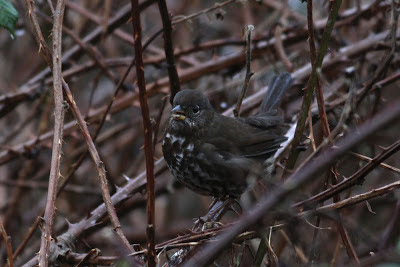 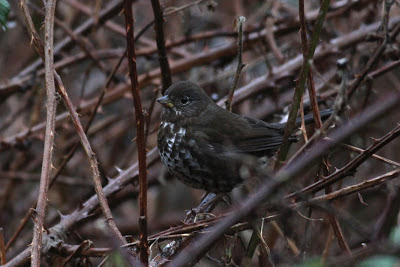 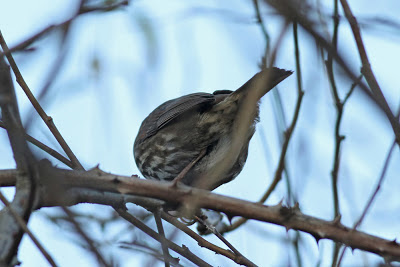 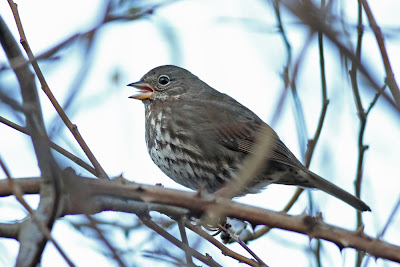 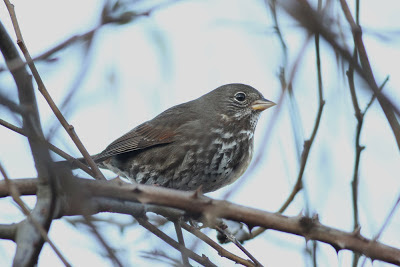 Not as dark as Bird #1, less heavily spotted underparts (spots themselves are smaller). Still rather plain face with lores a bit more contrasting than Bird #1. 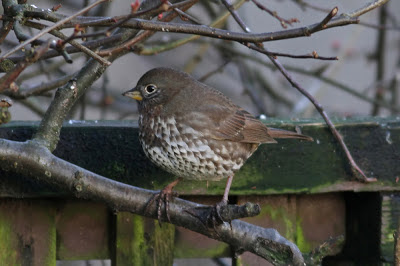 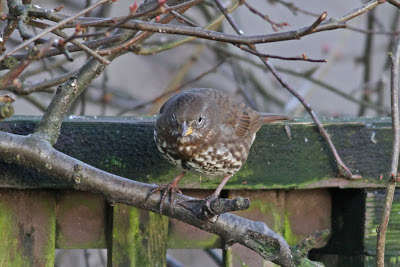 Likely same bird as #2. There appears to be a subtle hint of a grayish cast to the very faint supercilium and back. 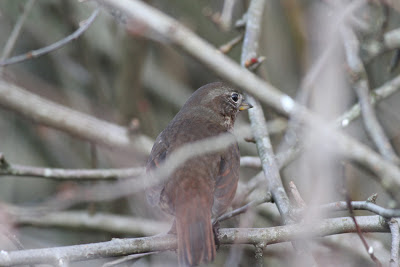 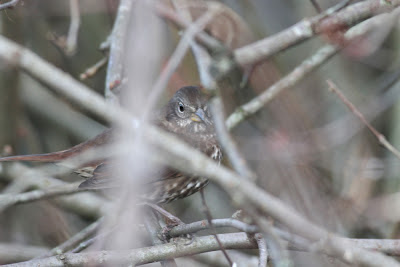 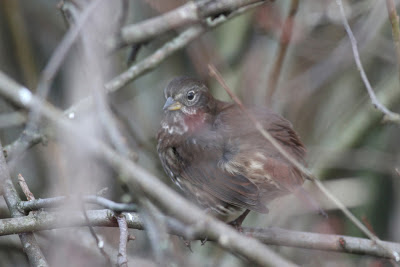 What made this bird stand out was its head pattern. An obvious pale supercilium and a strong hint of a central crown stripe anteriorly. This is more high-contrast than I was expecting on a "Sooty" Fox Sparrow. This may be one of those birds that does not neatly fit into any group, however I think the rest of the bird looks OK for Sooty.

Caveats: It is difficult to draw conclusions from less-than-stellar photos that do not show all the relevant field marks for each bird. The "Sooty" group consists of several populations that vary in appearance. The more northerly breeders, which also happen to migrate the furthest south, tend to be lighter in color. For those unaware, Fox Sparrow taxonomy and subspecific identification are very messy, unresolved subjects, which is certainly part of the attraction IMO.

Makes you want to go back to looking at gulls , doesn't it? :)