February 05, 2013
Here are three birds of interest. All photos are completely unedited except for cropping. 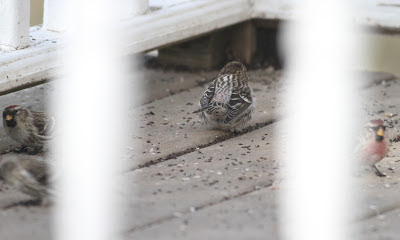 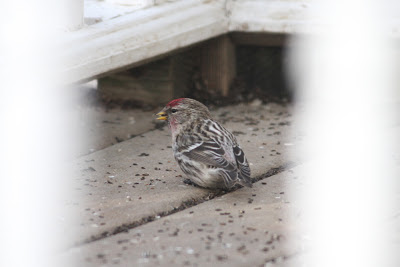 This bird appeared massive, large-billed, rather plain-faced and dark hooded. I have two concerns though.
1) Is it dark enough? Since adult male redpolls tend to be the palest of the lot, this is may be fine for adult male rostrata.
2) The bird was constantly fluffed out to varying degrees, which would make it appear larger than it really is (we thought it might be sick). It appeared nearly twice the size in bulk of the nearby flammea Commons, a freaking monster. It is difficult to compare an apple to oranges, but I would have a hard time believing that this bird was the size of a typical flammea, especially given its large bill size. 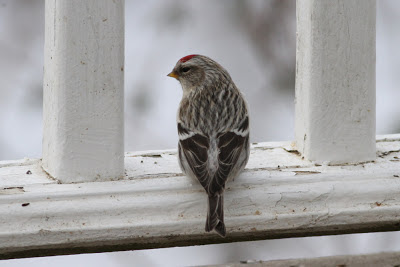 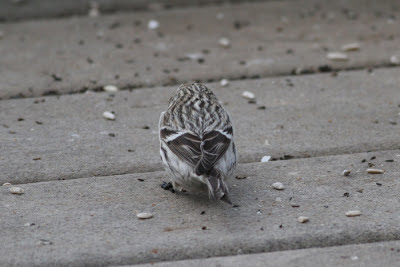 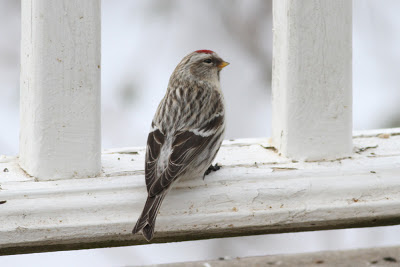 There's not enough seen on these birds to confidently identify them IMO. They stuck out as distinctly pale birds among the 100+ Commons and have the facial expression that I associate with Hoary, along with other features such as less side streaking. I have a strong suspicion that these are darker female/immature exilipes Hoary Redpolls, the type that more easily blends into a flock of Commons.