January 21, 2010
In addition to yesterday's MEW GULL and THAYER'S GULL, James and I had some other interesting birds on the North Shore.

We started off the day at Salisbury Beach State Park with really nothing much to mention. We spent very little time looking for the Sage Thrasher and weren't lucky enough to turn it up though it was seen by others later in the day. Then onto Plum Island where James spotted a Rough-legged Hawk and then a Snowy Owl flying in from the west being harassed by a crow. We had satisfying scope views as we watched the high-flying owl cross Plum Island Sound and drop into the marsh. While on the ground the owl did some curious head-bobbing and seemed on high alert as it looked in all directions. We were anticipating perhaps a pellet regurg or another flight but nothing more developed before we left. At Plum we also had an American Pipit fly by just overhead, Snow Buntings, Horned Larks, a Lapland Longspur and an "Ipswich" Savannah Sparrow. Off Lot 1 were a couple Red-necked Grebes. 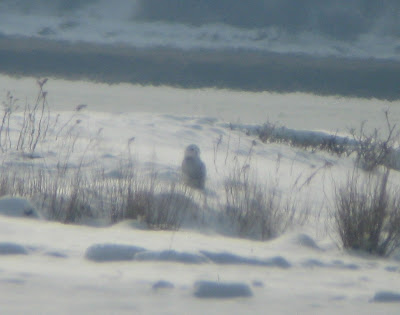 Distant views of the Snowy Owl

We then headed for Cape Ann where we concentrated on gulls. Niles Pond was the place to be. Here, in addition to the rarities, we tallied 50+ (!) Kumlien's Iceland Gulls of all ages, 4 Glaucous, and 1 Lesser Black-backed. Including a Black-legged Kittiwake in Gloucester Harbor we had 9 gull species on the day. 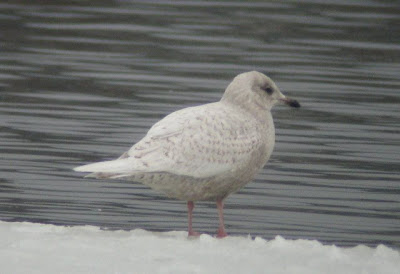 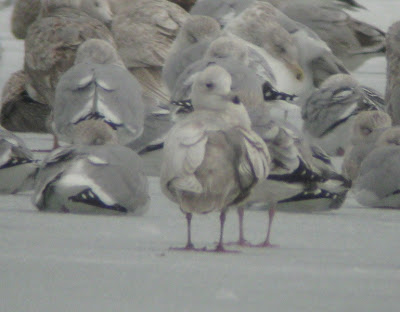 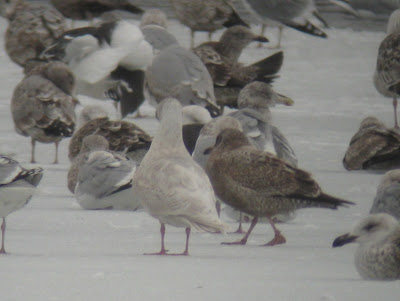 The above two images are of a second cycle Kumlien's Iceland Gull, an age that often has a bill pattern like that of a first cycle Glaucous Gull. 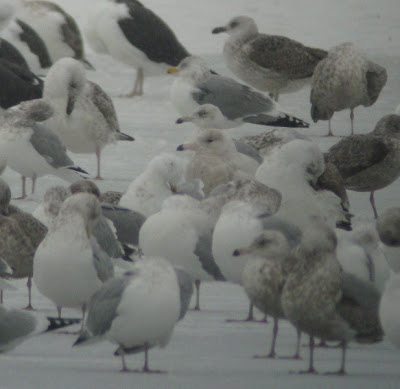 first winter Glaucous Gull in the middle of the pack (mostly obscured)
Of course it wouldn't be a day of gulling without a head-scratcher or two. The following bird, about the size and bulk of a medium Herring Gull, had us discussing various possibilities from pale Thayer's to jumbo Kumlien's to hybrid combos. If you'd like to hazard a guess, please do. 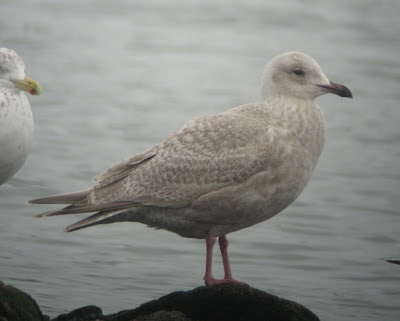 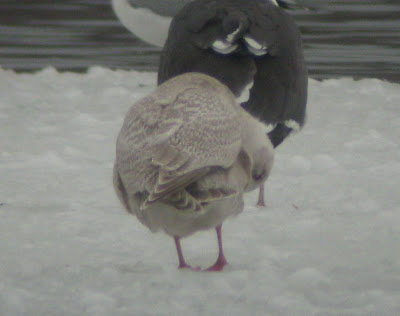 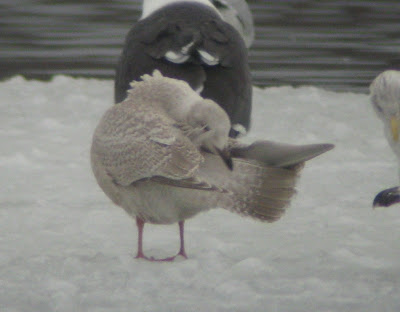 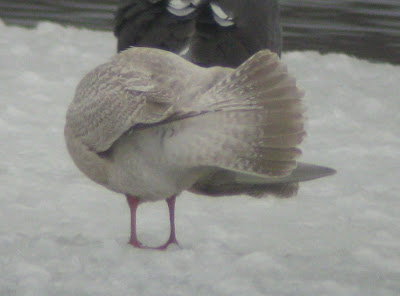 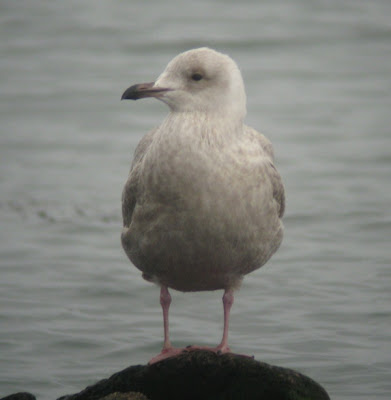 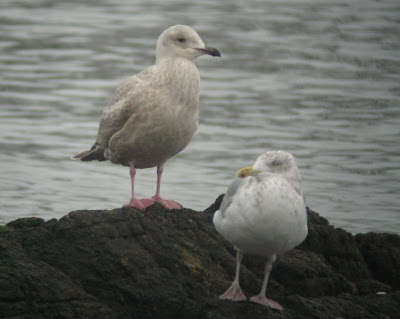 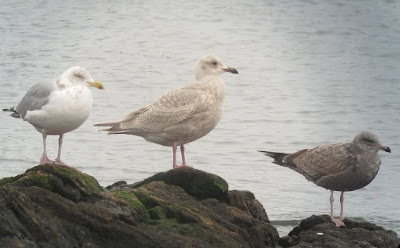 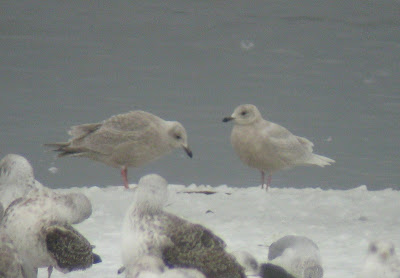 Bigger and bulkier than any Kumlien's Gull present