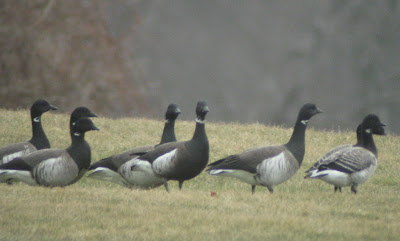 "Black" Brant (Branta bernicla nigricans), Harkness State Park, Waterford CT
The past year has been a very good one for unusual Brant in CT. Back in April CT's first "Black" Brant was discovered in Stratford, followed by two possible "Gray-bellied" Brant in Norwalk in the fall.

While searching the eastern CT shoreline for Ivory Gull yesterday I had a few nice birds highlighted by a striking "Black" Brant (B. b. nigricans) that was keeping company with about 70 typical "Atlantic" Brant at Harkness SP in Waterford. First picked up in flight among ~20 Brant, its blackish belly was obvious. It then put down on the water where its white necklace and darker upperparts were seen well. After much time in the water it decided to feed on the lawn, giving fantastic scope views. Phil Rusch, also out looking nearby for IVGU, came over to have a look. Really a sharp-looking bird. 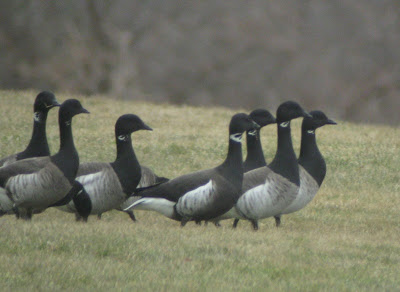 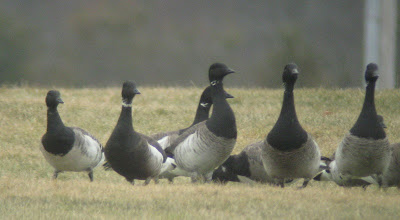 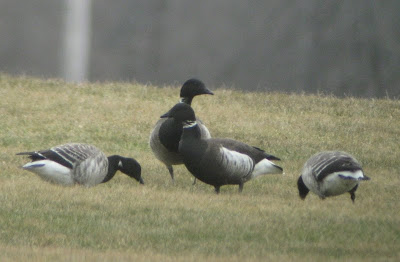 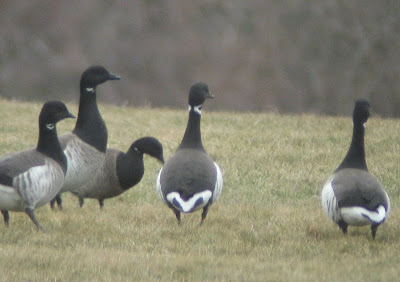 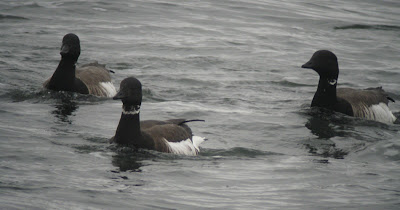 An equally surprising find (given the focus on gulls) was a roosting Long-eared Owl at one of my coastal stops, given away by a few mobbing American Crows. As I approached the ruckus the crows dispersed, and I was able to find the owl hiding in a dense patch of tangles. It actually looked somewhat relieved to see me, not in full alert pose as I expected...perhaps grateful for scaring off the crows! 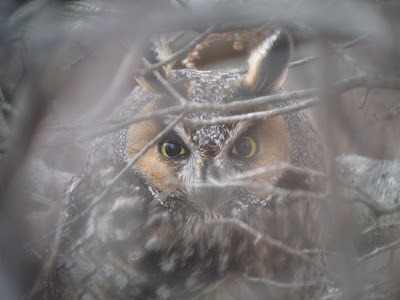 Long-eared Owl
Phil and I also enjoyed killer views of three uncommon species. First, we located an adult Lesser Black-backed Gull on the icy cove at Harkness with 200+ Herring Gulls. 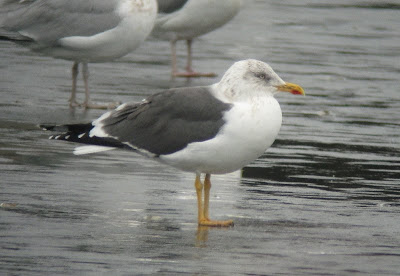 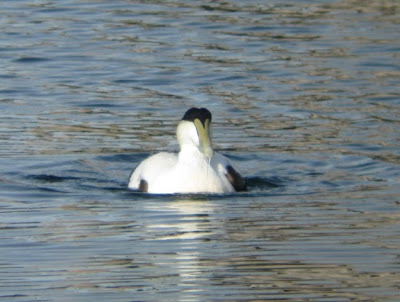 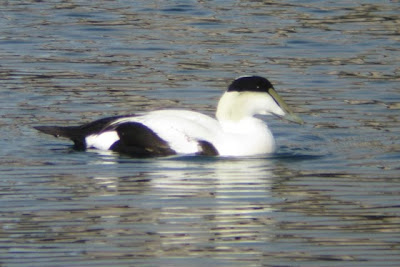 Common Eider; normally rare in CT waters, this is a banner winter with several hundred recently seen
Lastly, two Purple Sandpipers were directly in front of us at the Stonington Pt parking lot. 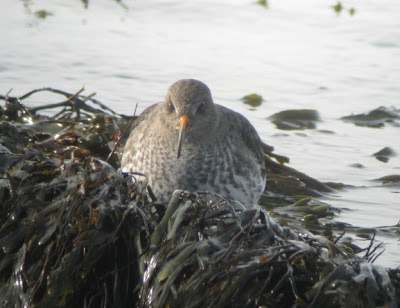 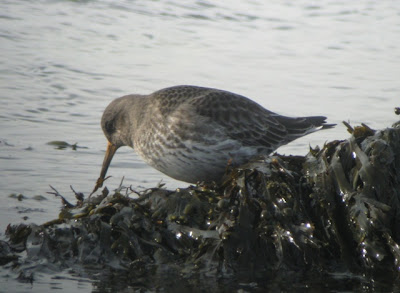 Purple Sandpiper
No Ivory Gull yesterday, but it was one of those days where we enjoyed fantastic views of several scarce species.