August 16, 2010
I spent Saturday evening at Stratford Point with a couple dozen other birders in hopes of getting a look at the continuing White-tailed Kite, now entering its third week in CT. We were not disappointed. After watching it from a distance while it unsuccessfully hunted at Milford Pt, the kite crossed the river mouth to Stratford Pt where we were ready and waiting. The bird proceeded to catch a small rodent after a few initial unsuccessful attempts. 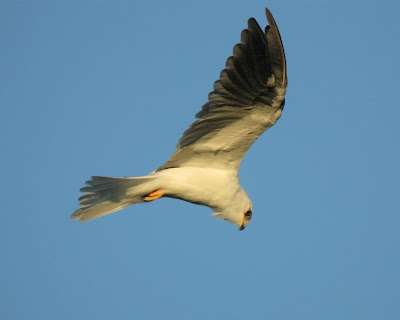 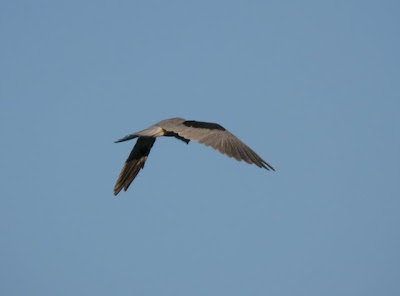 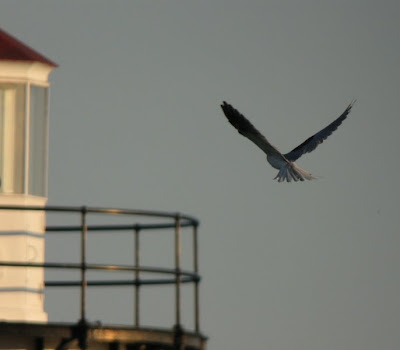 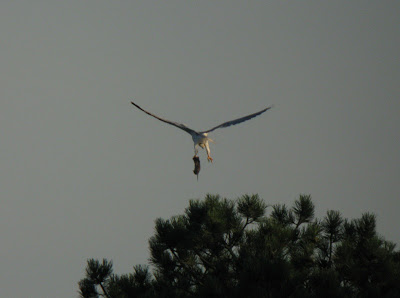 White-tailed Kite
Comparing these photos to those from two weeks ago, it appears that p8 is now fully grown, p9 is being replaced, and p10 has yet to be dropped on the right wing. The left wing appeared to be a bit ahead of the right, with p10 apparently in the midst of being grown already.

Will the bird stick around until its flight feather molt is complete?