August 15, 2010
We started at dawn along Stateline Road, which runs the state border between AZ and NM southeast of Portal. Here we were hoping for Bendire's Thrasher, but didn't have any luck. A LESSER NIGHTHAWK put on a nice show on the New Mexico side. We also had some repeat grassland birds: BOTTERI'S and CASSIN'S SPARROWS, and "LILLIAN'S" EASTERN MEADOWLARK.

The road toward Portal gave us fleeting looks at SCALED QUAIL, but the highlight here was non-avian...a TARANTULA crossing the road. 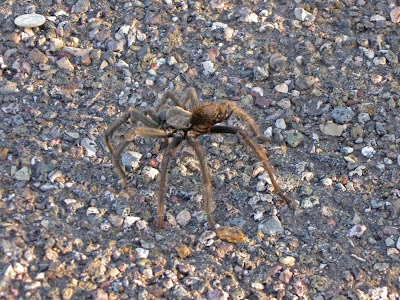 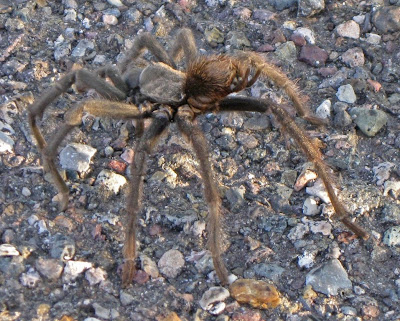 Tarantula!
We proceeded to Big Thicket and Dave Jasper's yard, where we were hoping for Crissal Thrasher. Back in February I got my life CRTH at the feeders here. We had no such luck today, but a steady supply of common feeder birds kept us interested. 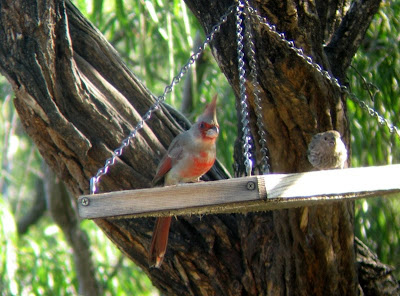 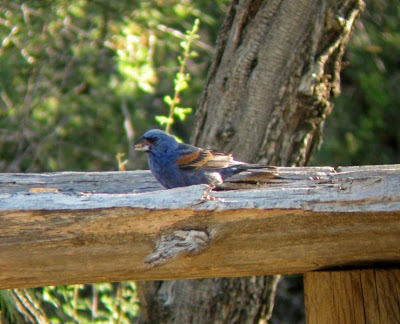 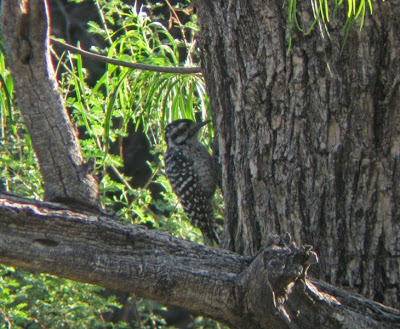 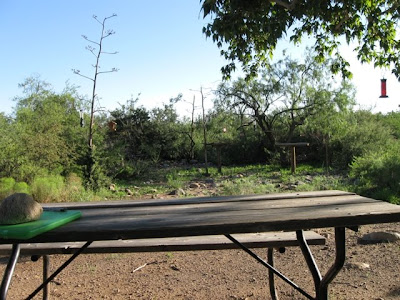 Dave Jasper's feeders at Big Thicket
From here we passed through the sprawling metropolis that is Portal, heading towards Paradise. At Silver Creek we were treated to our first (and only) BLACK-CHINNED SPARROW, but a calling CRISSAL THRASHER would not show itself.

A brief stop at the George Walker House did not reveal a JUNIPER TITMOUSE, but about a half-mile up the road we tracked down a couple of these drab birds. 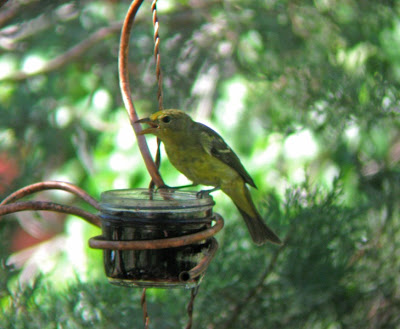 Western Tanager at GWH
We then climbed high to Barfoot meadow, where told we had just missed an adult Short-tailed Hawk and Olive Warblers by minutes. Storm clouds were rapidly building overhead, so we knew our time up here would be short. Before the skies opened up we picked up another GRACE'S WARBLER and heard our first MEXICAN CHICKADEE. At nearby Rustler Park we were able to pin down another chickadee long enough for all of us to get looks. 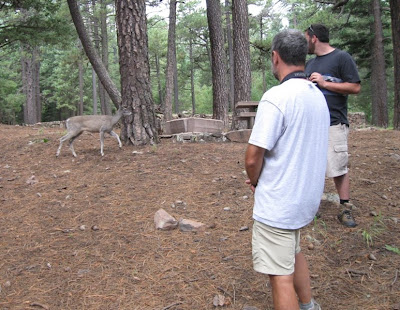 a curious White-tailed Deer (the Coues subspecies, small and gray)
Once the rain and thunder scared us back down the east side of the mountains, we decided to head to the cafe in Portal for cold drinks and food. At this point we were right in the middle of the day, and the storms were currently isolated to higher elevations, leaving the low elevations sunny and steamy. Bird activity down here was virtually non-existent. 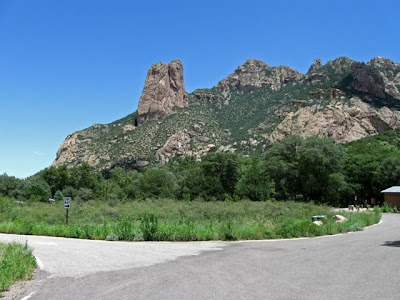 near South Fork Cave Creek
We gave Jasper's feeders another shot, but a storm cell drifted overhead and again chased us to the car. We thought that the higher elevations may have cleared up, so we decided to climb the mountain road again, in hopes of an afternoon Short-tailed Hawk sighting.

As we passed the turnoff for South Cave Creek, the skies again began to darken. To our surprise, a MONTEZUMA QUAIL made a brief roadside appearance. Our views were brief and naked-eye, but we were pleased nonetheless.

Then it REALLY started to pour. We continued up the mountain, still on paved road at this point, hoping that this was an isolated downpour. We were wrong.

We proceeded to the narrow, winding mountain road, where the rain only worsened. Then the hail started. First it was small and infrequent, with only a few pieces lying on the hood of the car. 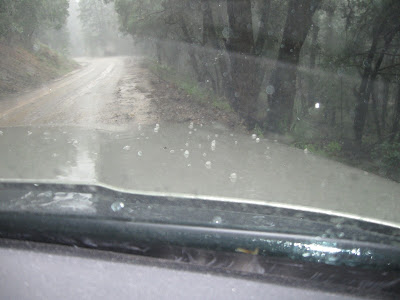 the first of the hail
Then things got a bit scary, as the hail turned to penny-size and absolutely pummeled the car while accumulating on the hood. There are no pictures of this because at this point I had my mind on other things, one of which was not dying. The road had turned into a stream. We turned around ASAP and retreated back down the road. James, who did a great job at keeping us safe while driving this stretch, was torn between driving slowly to keep us on the road and driving quickly enough to get us out of the thick hail before the windshield shattered.

After a few intense minutes we were back into just plain rain. The storms were showing no signs of letting up, and we decided to call it an early day. On our way back to Willcox, James spotted a RATTLESNAKE coiled the road! 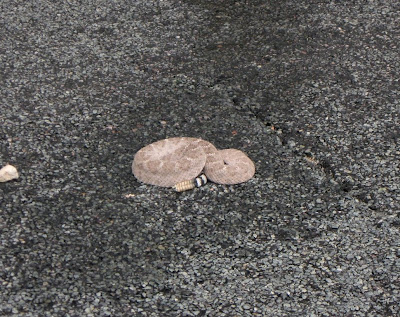 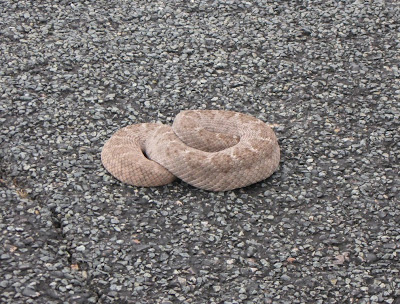 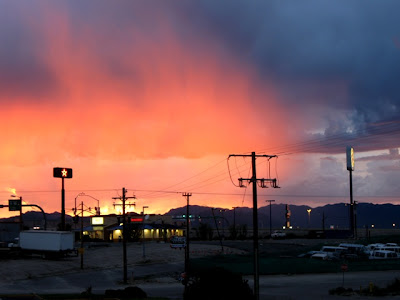 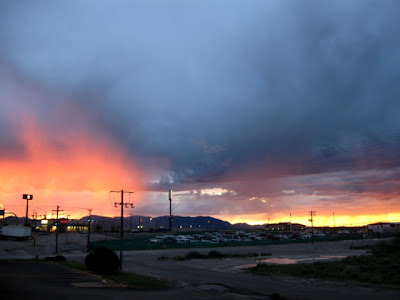