August 15, 2010
We entered our final day with just one major target: Scott's Oriole. Our strategy was to give Florida Wash a try on the way to Madera Kubo, where Scott's had been reported periodically coming into a jelly feeder. 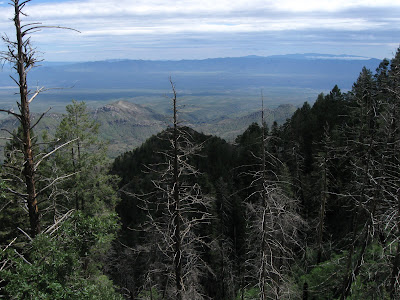