March 01, 2010
After an uneventful flight into San Diego the evening before, I was itching to get out early for the first of my CA birding. My first stop of the trip was the Imperial Beach Sports Park where a male Hepatic Tanager had been wintering. Unfortunately I dipped on the tanager but was fully entertained with such common western species as BLACK PHOEBE and ANNA'S HUMMINGBIRD.

From IBSP I headed to a nearby residential neighborhood at Leon Avenue in Imperial Beach. Here, many locally rare passerines had been wintering. Since peering into people's backyards is not really my favorite type of birding, I only spent a short time here. I caught a glimpse of my first WESTERN BLUEBIRDS and "AUDUBON'S" YELLOW-RUMPED WARBLERS of the trip.

Next stop was the Tijuana River mouth. My biggest target here was Pacific Golden-Plover...not a life bird (saw hundreds in Australia) but I hadn't seen one in a few years and was looking forward to studying this species' differences from American Golden-Plover. The marsh near the river mouth was loaded with MARBLED GODWITS, LONG-BILLED CURLEWS, "WESTERN" WILLETS, and WHIMBREL in addition to other goodies like "LIGHT-FOOTED" CLAPPER RAIL. A few of the rails were calling and one bird was visible preening at the edge of the marsh during high tide. 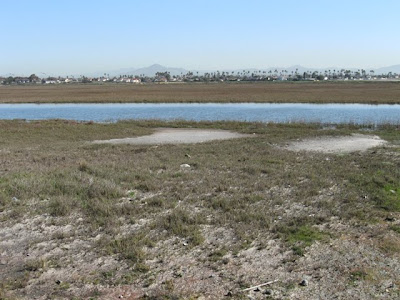 Tijuana River Slough
While walking the dike southward to the beach and mudflats, I encountered Savannah Sparrows, several of which were of the local "BELDING'S" form which is darker and longer-billed than the nominate birds. Another target of mine, "Large-billed" Savannah Sparrow, was nowhere to be found (a bird I ended up missing on the trip). 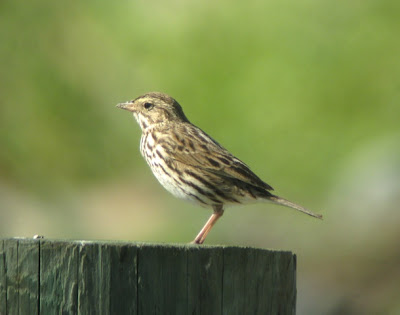 "Belding's" Savannah Sparrow
This presumed California Ground Squirrel was hanging out nearby: 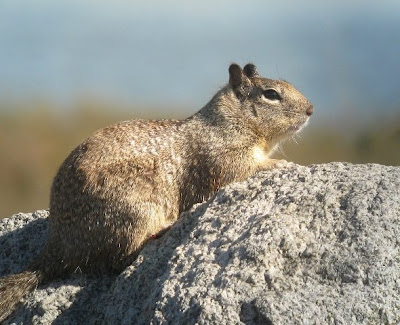 When I reached the sandy beach, more birds were to be found. SNOWY PLOVERS were numerous, along with godwits, willets, and the smaller calidrids. Some gulls were loafing at the river mouth, including my life HEERMANN'S GULL in alternate plumage. Terns were well-represented by ROYAL, CASPIAN, and FORSTER'S. 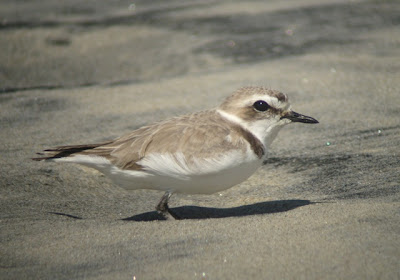 Snowy Plover
I was surprisingly unable to relocate the two wintering Pacific Golden-Plovers (what kind of 'shorebirder' am I anyway??). With lots to do, I decided to head out instead of linger.

Then onto another residential neighborhood: Point Loma. I planned a quick stop here for two target birds: Painted Redstart and Hermit Warbler. While searching for these birds I spotted a female ANNA'S HUMMINGBIRD coming in to her nest. That made the stop worthwhile by itself, but then the flashy PAINTED REDSTART appeared and gave a brief but nice look. No Hermit Warbler, but 1 out of 2 ain't bad I guess. 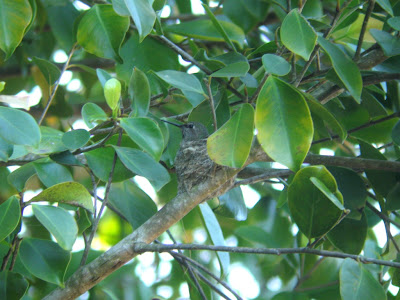 Anna's Hummingbird
After that I headed to Sunset Cliffs in search of gulls, waterfowl, and rockpipers. The tide was fairly high, which made for few exposed rocks and no rockpipers other than a single RUDDY TURNSTONE. Surfbird was my target, but no joy at this location. As a consolation I was treated to killer looks at HEERMANN'S and WESTERN GULLS along the cliff edges. 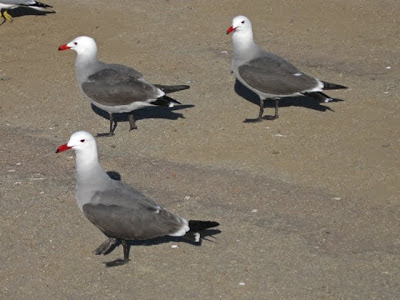 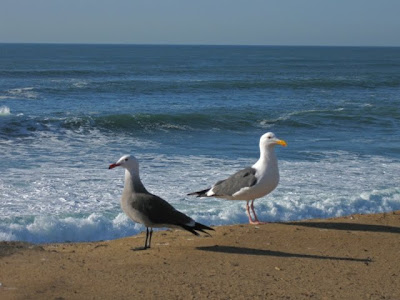 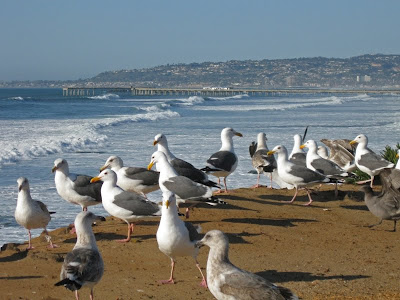 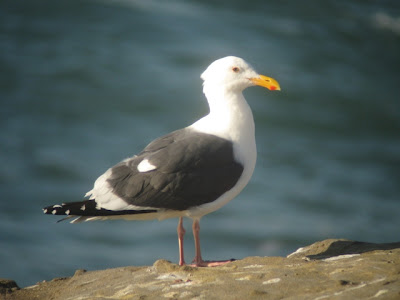 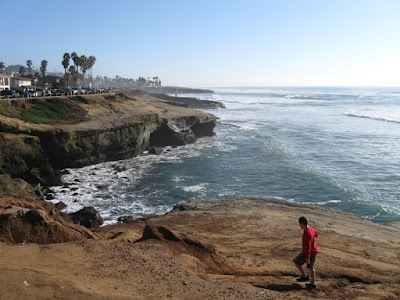 Above: Heermann's and Western Gulls, Sunset Cliffs
In the final couple hours of daylight I poked around some other local spots without much to show for it. 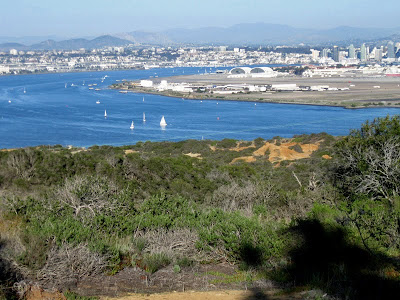 San Diego Bay
Overall it was just a moderately successful first day with probably more "misses" than any other day. Still, life birds were abound, so I had nothing to complain about.