March 02, 2010
Day 4 began with a dawn walk along the entrance road to Ramer Lake for my first shot at Crissal Thrasher. No luck...not a hint of thrasher song anywhere. First ABERT'S TOWHEES, VIRGINIA RAIL, and a mess of the common blackbirds.

I was genuinely excited for the rest of my morning: gulling at the Salton Sea. I pulled up at Red Hill to find an impressive number of gulls, waterfowl, pelicans, etc etc. This was my first glimpse of the Sea itself. You might say I was in a heaven of sorts...a hot, hazy, rank, fish-scented heaven. 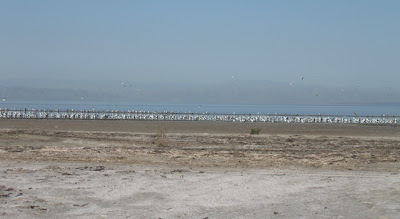 not the most scenic place in the world 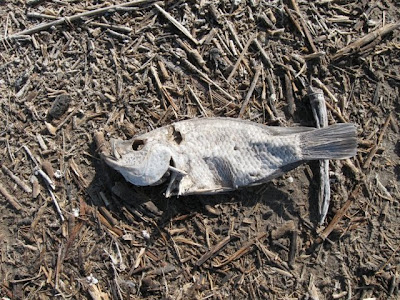 plenty of these washed up 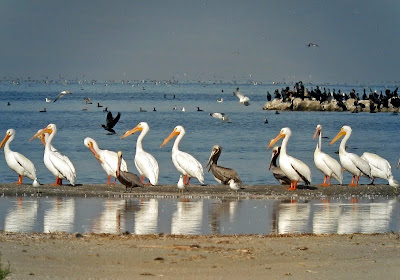 the redeeming qualities :)
I was geared up for some gulling, and the gulls did not disappoint. The main target here is the YELLOW-FOOTED GULL; this is the only place in the United States this species occurs. But really any gull species is possible here, as evidenced by the adult Ross's Gull found by Guy McCaskie in November of 2006!

Things started off pretty well with a first-cycle WESTERN GULL immediately visible among the throngs of Herring, California, and Ring-billed Gulls. Western Gull is a coastal species that is very uncommon at the Sea, but I would tally a good handful of them before the morning was over. As I walked north along the shoreline I found two GLAUCOUS-WINGED GULLS (first cycle and second cycle), then a first cycle THAYER'S GULL. A bit further north I had my first glimpse at YELLOW-FOOTED GULL, an adult and a first cycle bird. I tried to pay some attention to other birds while gulling, and these included WESTERN and CLARK'S GREBES, BROWN and WHITE PELICANS, a flyby CLIFF SWALLOW, and shitloads of waterfowl. I really didn't pay that much attention to ducks on this trip...there's a lot of overlap with typical eastern species and I figured my time was better spent elsewhere. 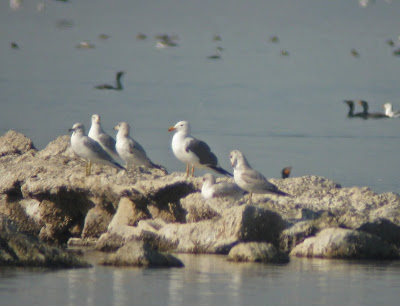 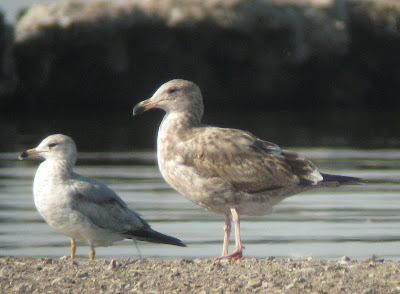 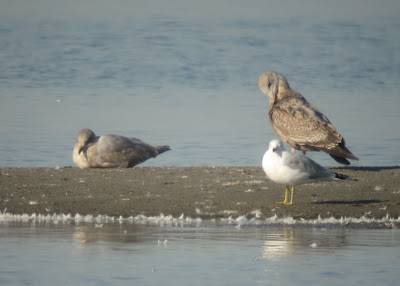 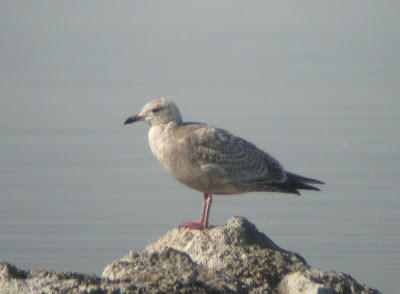 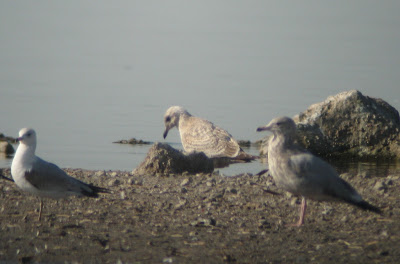 another view of the Thayer's, this one with the wing tip in better light 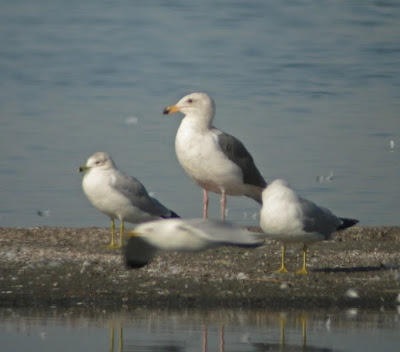 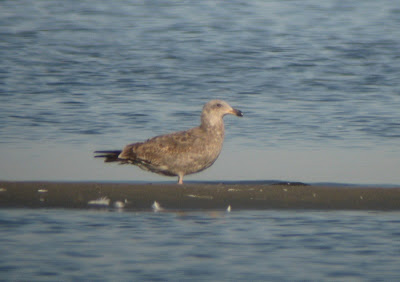 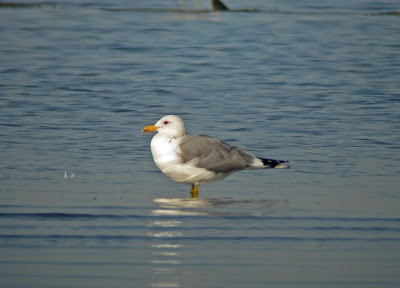 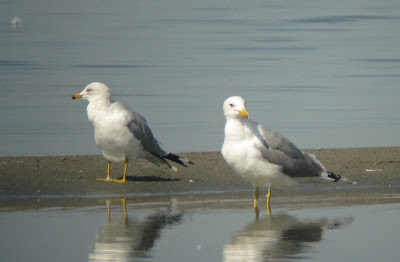 adult Ring-billed Gull (left) and adult California Gull
After a couple hours at Red Hill I headed just south to Obsidian Butte in search of more gulls. On the way I lucked into a couple trademark southwestern birds: 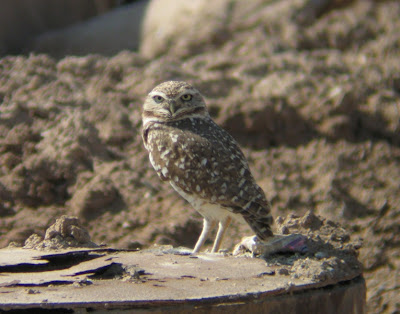 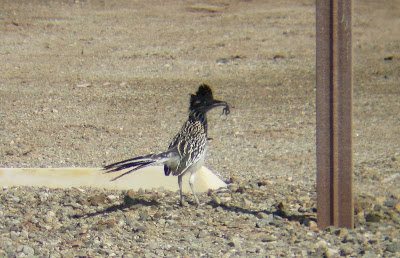 Greater Roadrunner
At Obsidian Butte I had an adult LESSER BLACK-BACKED GULL and two HEERMANN'S GULLS (adult and first cycle). Another adult YELLOW-FOOTED GULL would have been a nice photo subject if it didn't decide to fly away so quickly. 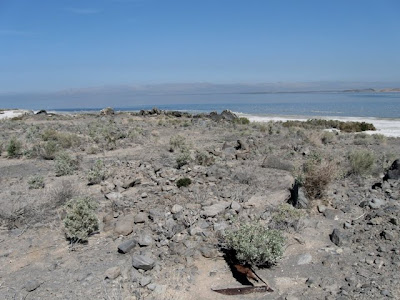 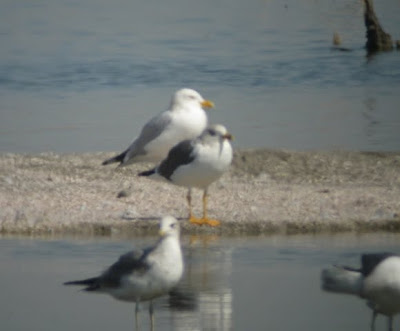 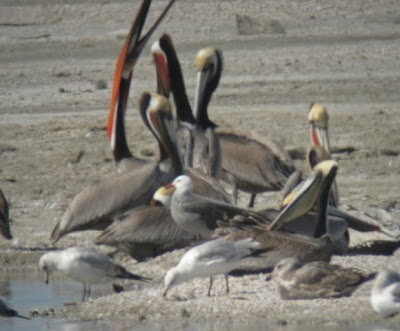 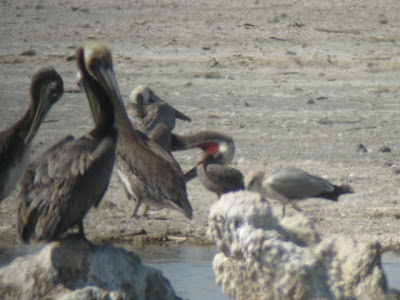 first cycle Heermann's Gull
Between Red Hill and Obsidian Butte I ran up a list of 9 gull species, which had me plenty happy. A Mew Gull would have been nice, but you can't win 'em all!

At this point it was early afternoon and I had another decision to make, and I feel I made my first and only poor logistical decision of the trip. My choices were to continue birding the Salton Sea, or head east to the Colorado River and Yuma, AZ area. I chose to ditch the sea and its thousands of birds in favor of the CA/AZ border. But by the time I arrived there, it was too late in the day to hit all my spots and I only had time for a shot at Le Conte's Thrasher in Tacna, AZ. But it was late in the day, nothing was singing, and my chances at the bird were quite slim. Not surprisingly, I missed it. SAGE SPARROWS and a flyby VIOLET-GREEN SWALLOW were consolation prizes, but I now regret passing up an afternoon of gulling etc. at the Salton Sea. I should have stayed there until sunset and then high-tailed it to Phoenix for the night, skipping the Colorado River and Yuma area. 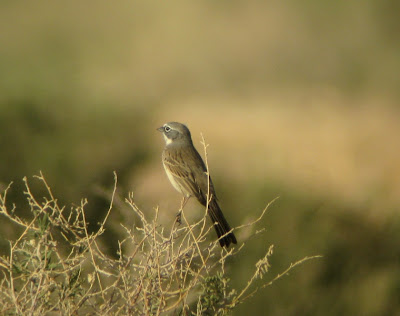 one of several Sage Sparrows in Tacna, AZ 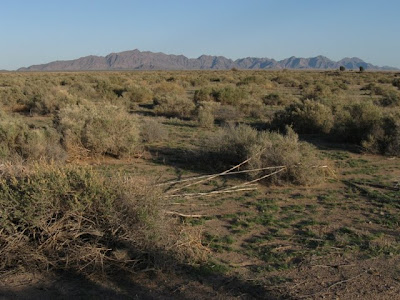