I woke up to 27 degree temps and ice on the car windows. Yesterday's snow levels were above 5500 feet. Willcox itself sits at 4100 ft, so it received only rain. I was worried about black ice on the roads but the puddles had apparently dried up before the temps dropped...gotta love that dry Arizona air.

It was a 2-hour drive to the tiny "town" of Portal. I arrived just before sunup at Big Thicket, just outside Portal, which is known to harbor Crissal Thrashers. 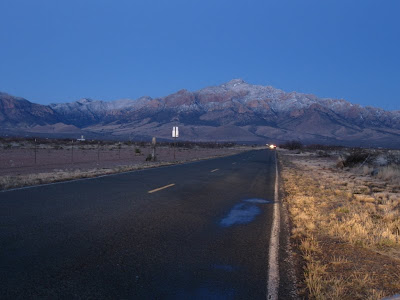 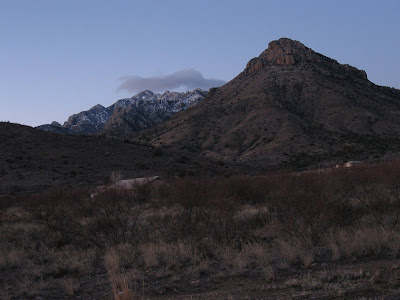 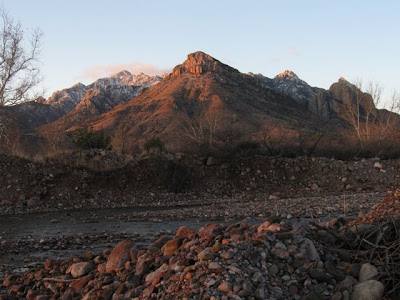 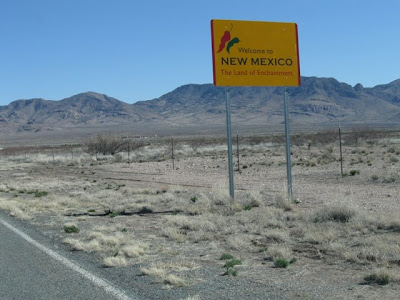 had to cross into New Mexico to get to Portal
A local guide and birder named Dave Jasper lives adjacent to the Big Thicket, and his feeders sometimes attract the stealthy Crissal Thrasher into the open to feed. When I arrived the temp had only climbed one degree, and the lack of song indicated that the birds were taking some time to get active. 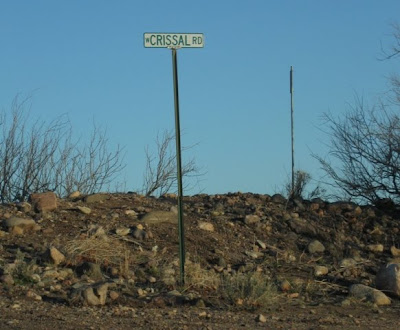 hey, that's gotta be a good sign
After only a few minutes at his feeders, what hopped out of the bushes but a CRISSAL THRASHER, followed by a second bird! 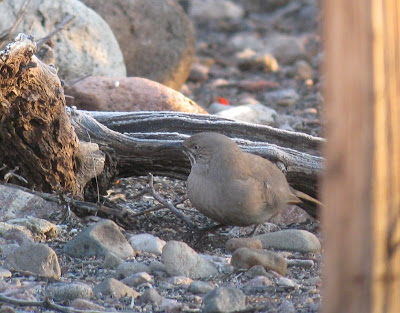 Crissal Thrasher
I headed up the road to Portal and its one road. This road has a few homes with many hummingbird and seed feeders. With the temp at a measly 30 degrees I wasn't expecting any wintering hummingbirds to be active...that's right about when two BLUE-THROATED HUMMINGBIRDS zipped overhead. I later watched 4 of these big-ass hummers zip around the backyards. 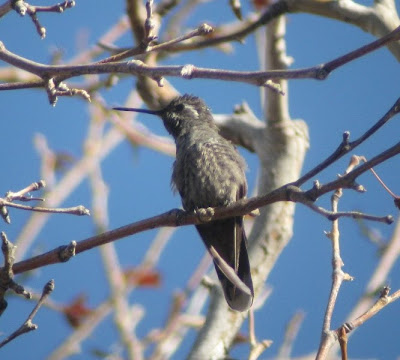 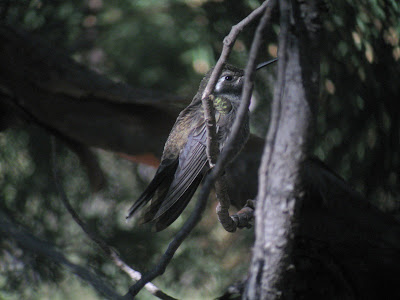 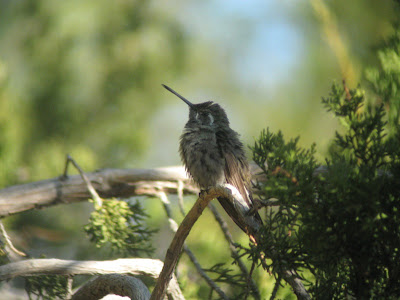 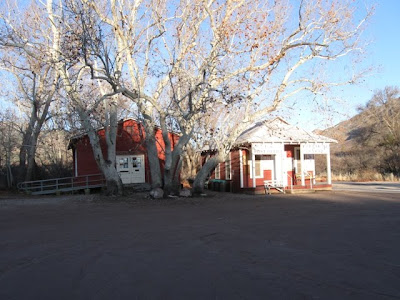 Portal's library and post office
The town road was really birdy. A HERMIT THRUSH popped up and posed in fine morning light. I finally got my overdue lifer HUTTON'S VIREOS, and great looks to boot. PINE SISKINS and LESSER and AMERICAN GOLDFINCHES were chattering overhead. I had my first CASSIN'S FINCHES of the trip, another YELLOW-EYED JUNCO, a GILA WOODPECKER, and several other fairly common species. 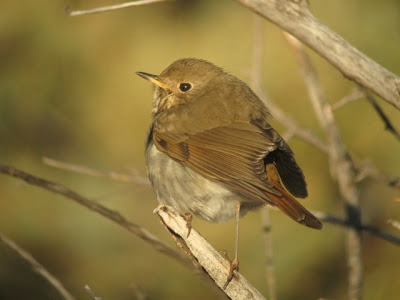 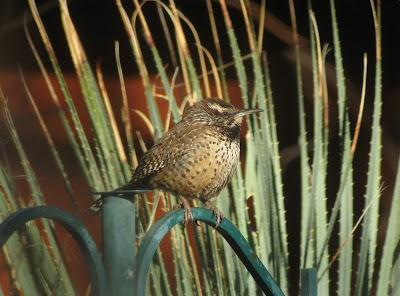 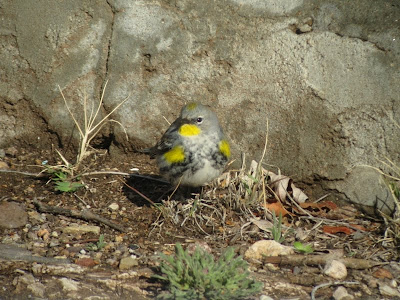 "Audubon's" Yellow-rumped Warbler
My next stop was Paradise, a bit higher in elevation up the east side of the Chiricahuas. As I gained altitude the roads began to show a thin coating of crusty snow, which was actually fine for traction. The problem came when the snow began to melt, turning the dirt roads to muck. My 2WD rental again began to struggle. My first and only TOWNSEND'S SOLITAIRE of the trip was teed up in a juniper along the road. 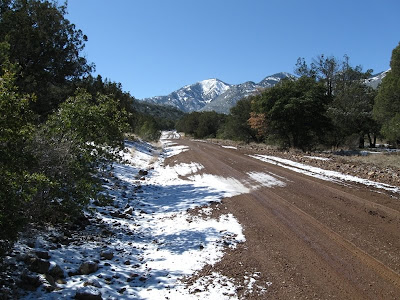 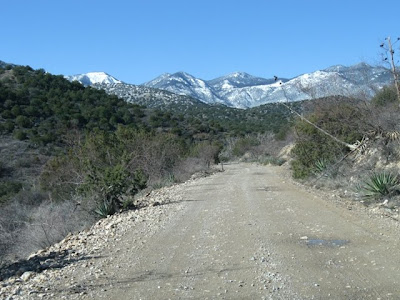 The George Walker House in Paradise is a mountainside B&B with fully stocked feeders. The owners happily welcome birders into the yard. Owner Jackie Lewis was sitting on the porch watching the feeders when I pulled up. I inquired about my two targets: Juniper Titmouse and Mexican Chickadee, which had both been reported from the feeders back in December. She informed me that a Juniper Titmouse was making sporadic appearances but they hadn't seen a Mex Chickadee since December. I watched the feeders for over an hour, again keyed in on the juncos more than anything else. I was able to pick out one "RED-BACKED" JUNCO, a form I had not yet recorded. 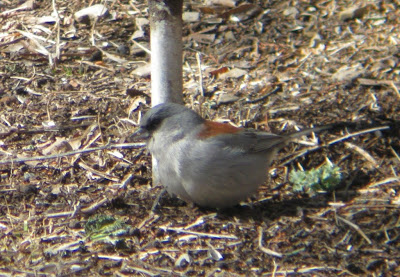 "Red-backed" Dark-eyed Junco
No titmouse after a while, so I walked up the road in search of them. About a half-mile up the road I found a small flock of 3 JUNIPER TITMICE loosely associating with some "Oregon" Juncos. I would not get my shot at Mexican Chickadee though, simply because my car could not safely get up those roads. Next time I visit AZ, an SUV is a must! 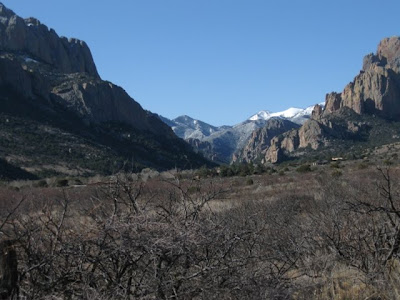 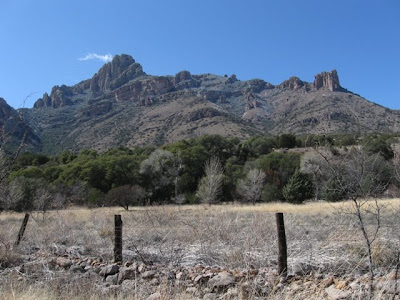 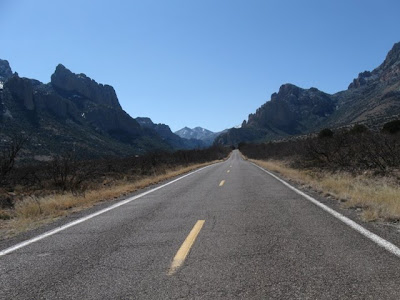 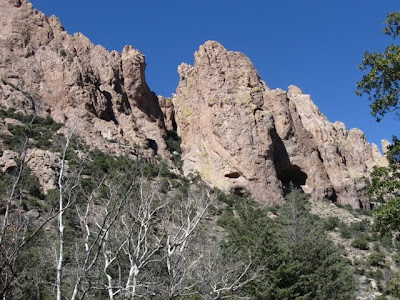 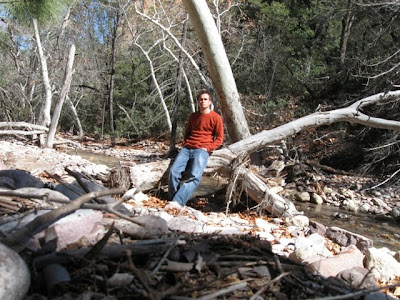 With no shot at the chickadee it was time for more driving, this time another 2 hours to Whitewater Draw outside McNeal. This waterfowl hotspot was on my list for one reason...the gathering of SANDHILL CRANES that occurs here. Numbers in the literature are estimated up to 14,000 birds at this location. On this day I observed about 4-5,000 cranes, which was, by the way, spectacular. The sound was just as impressive as the sight! 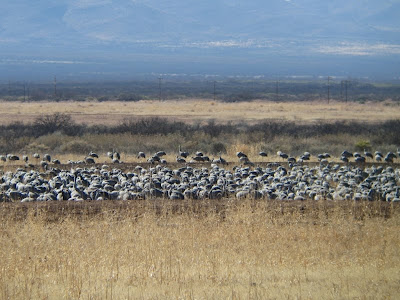 a fraction of the Sandhill Crane gathering
A walk along the dike revealed many species of waterfowl including CANVASBACK, REDHEAD, and SNOW & ROSS'S GEESE. Out on the flats were some LONG-BILLED CURLEWS and a RING-BILLED GULL. Just outside the property were two singing "LILLIAN'S" MEADOWLARKS, and a flock of WESTERN MEADOWLARKS were just down the road for comparison. Another GREATER ROADRUNNER was quite cooperative. 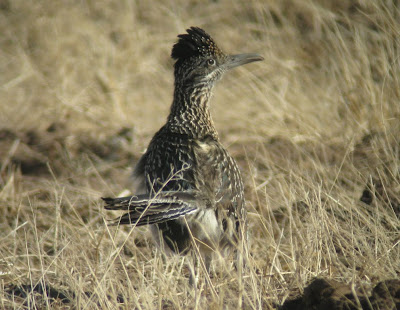 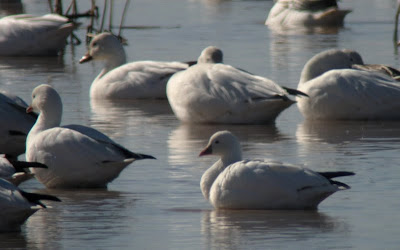 Ross's Goose among Snows
With a couple hours before sunset, I wanted to search the fields north of here for Ferruginous Hawks, which are regular in this part of the valley, sometimes in numbers. The Sulphur Springs Valley is the raptor hotspot of SE Arizona. Over the next couple hours I would see 5 FERRUGINOUS HAWKS and several color morphs of RED-TAILED HAWK (to be detailed in a future post). 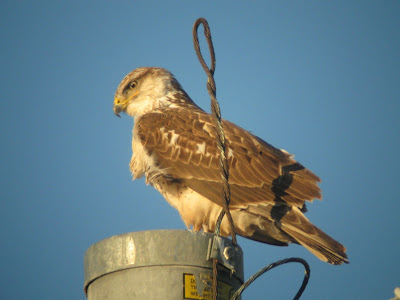 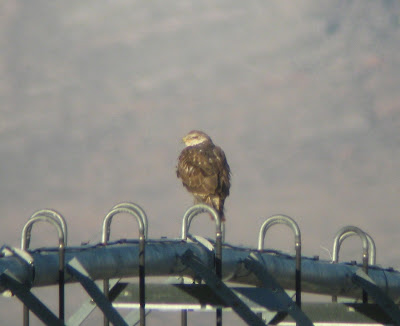 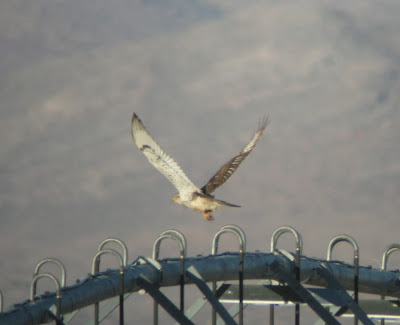 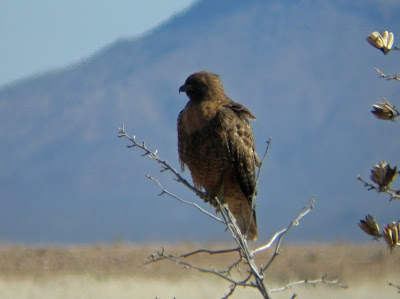 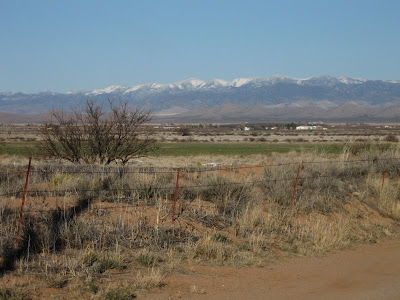 view of the Chiricahuas from the west
Yes, this was a lot of driving for one day. Both the Chiricahuas and the Sulphur Springs Valley each require a full day in reality. However my time was running out and I really wanted to see both places today, my final day. It actually worked out pretty well, even though I ran out of light in the valley well before I got to all my desired spots. 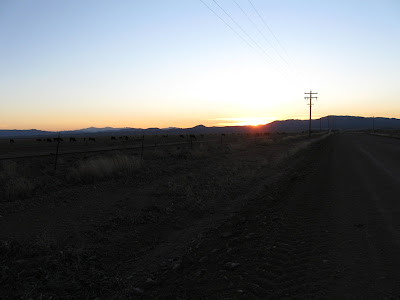