March 02, 2010
I arrived at La Jolla Cove at dawn for some seawatching, basically for Black-vented Shearwater and a second chance at Surfbird. It didn't take long to produce a flyby BLACK-VENTED SHEARWATER which was followed by a few more in nice light as the sun rose over the waterfront properties. Other than a COMMON MURRE things were pretty quiet offshore so I decided to walk along the cliffs for Surfbird. Unfortunately the only rockpipers present were about a half-dozen BLACK TURNSTONES (missed Surfbird for the trip). Still I enjoyed awesome views of BRANDT'S CORMORANTS and BROWN PELICANS along the cliffs and a couple flyby PELAGIC CORMORANTS offshore. 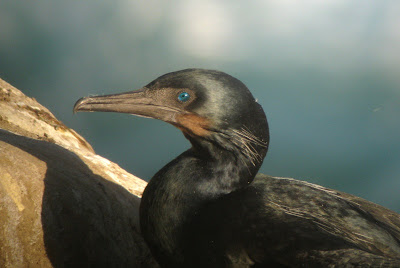 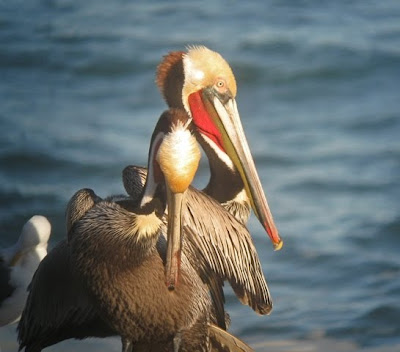 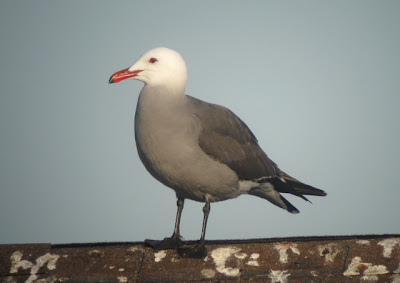 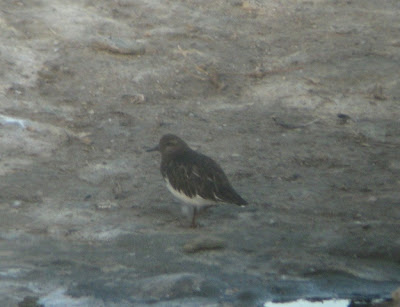 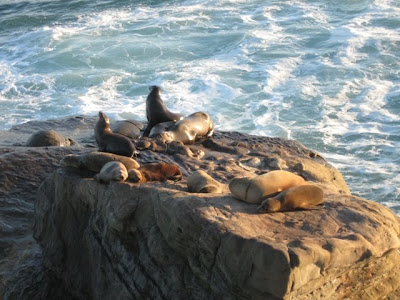 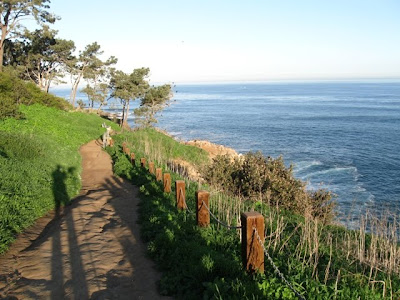 La Jolla
My next stop was the Sorrento Valley Road pumping station area, where California Gnatcatchers had been recently reported. This began what would become a day-long search for this federally threatened species. No gnatcather here, but the place was very birdy. Highlights included my first CALIFORNIA TOWHEES and WRENTITS. The adjacent marsh held many species of waterfowl including MOORHEN, CINNAMON TEAL, and a few dozen WHITE-FACED IBIS. 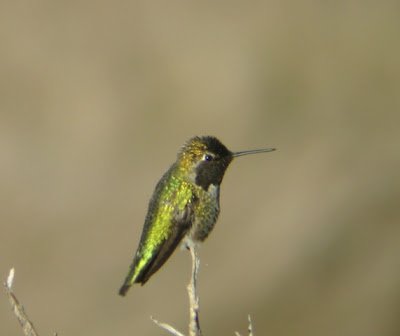 Anna's Hummingbird
I then headed further inland for a few hours at Mission Trails Regional Park with several target species in mind, including the gnatcatcher. Here I walked the trails though chaparral and oak woodland through midday and into mid-afternoon. Despite temps in the upper 70s, songbirds remained somewhat active and provided me with a few life birds along the way. ANNA'S HUMMINGBIRDS were thick here, with an estimate of 20+ individuals during my visit. A handful of NUTTALL'S WOODPECKERS were scattered about, more CALI TOWHEES and WRENTITs were kicking around, and WESTERN SCRUB-JAYS were common. I had a few CALIFORNIA THRASHERS, many AUDUBON'S WARBLERS, a few ORANGE-CROWNED WARBLERS, and a pair of CASSIN'S KINGBIRDS. A single FOX SPARROW was skulking in the shadows and eluded subspecific ID. 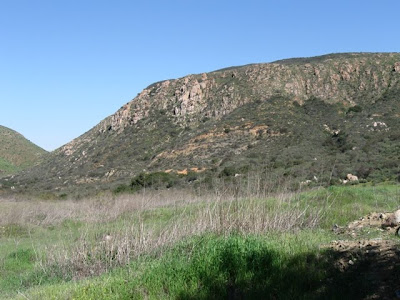 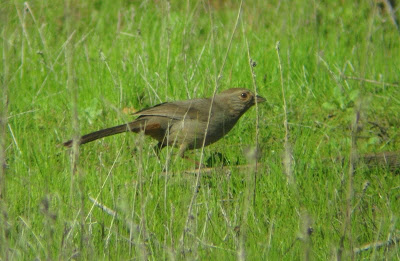 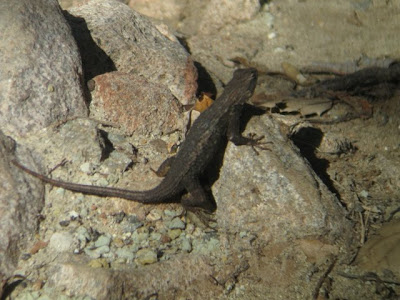 Western Fence Lizard (thanks Ben and Brian)
After about 4 hours here and no gnatcatchers to show for my effort, I scrambled through the SoCal birdfinding guide to find another spot to check. I decided on Otay Lakes in eastern Chula Vista, a good 40 minutes away. I arrived about 45 minutes before sunset and drove along the western shore of the lake to suitable habitat. So I rolled down my window to take a listen, and right outside was a calling CALIFORNIA GNATCATCHER, which proceeded to show quite well for a couple minutes! 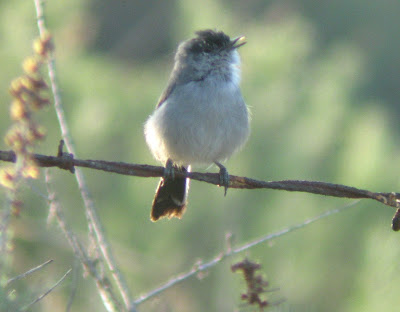 California Gnatcatcher - note the very limited white in the undertail 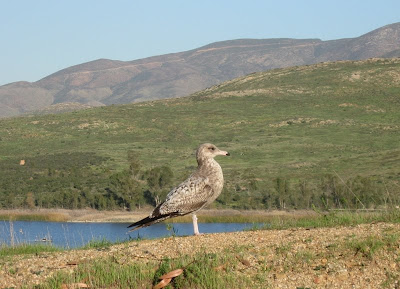 first cycle California Gull at Otay Lakes
Without much else likely in the area I decide to shoot west back to Tijuana Slough to watch the sunset. On arrival, a very dark MERLIN (suckleyi?) perched on a telephone pole for a few moments and CLAPPER RAILS were calling from the marsh. 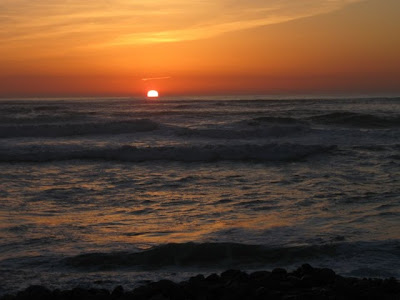