I was lucky enough to have Jay Hand, Tucson birder and former Connecticut resident, along for the day. Jay's keen ear and expertise was much appreciated...it allowed me a reprieve from the planning, directions, and frustration of not knowing every bird call I heard. Jay is one heck of a fun guy to bird with. We had a great day.

We started off at Florida Canyon where we really only had one target bird: RUFOUS-CAPPED WARBLER. Recent rain/snow resulted in a rushing stream, at times overtaking the trail itself. It didn't make things any easier, but we had some fun hopping from rock to rock when we had to. 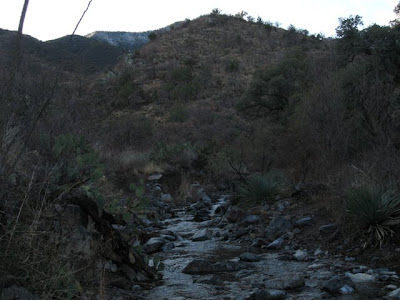 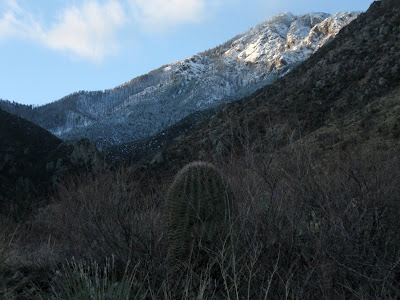 warm down low, snow up high 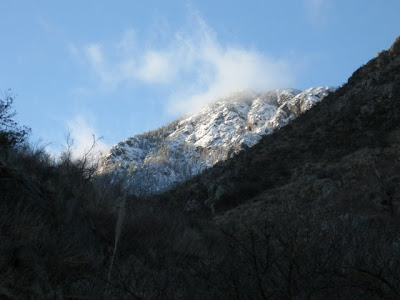 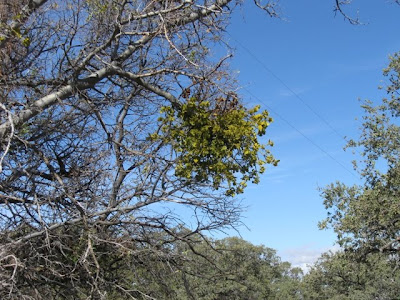 mistletoe was a common plant 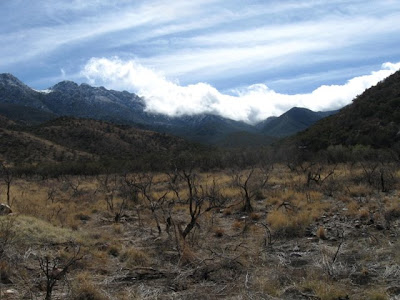 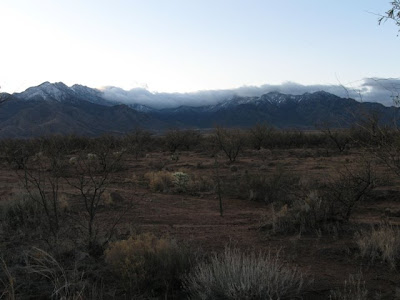 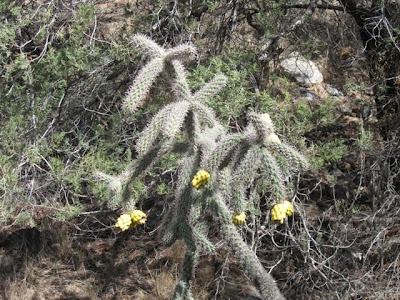 Jay told me what this is called but I've since forgotten...
After a couple hours of searching, Richard Fray arrived to join the search party. I eventually spotted the bird low to the ground, with long tail cocked up. We enjoyed killer views of this little gem. Richard was able to grab some amazing photos...sometimes I wish I owned a real camera! Here are my digibin efforts: 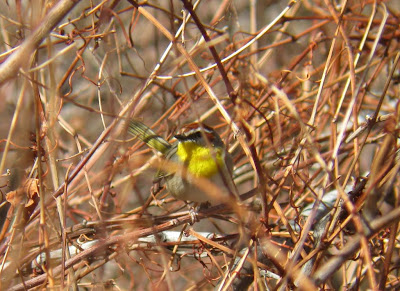 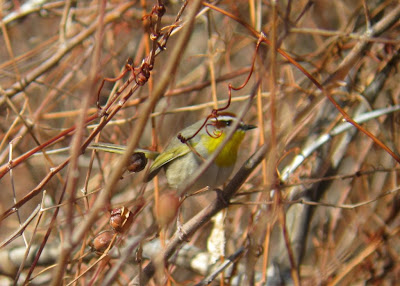 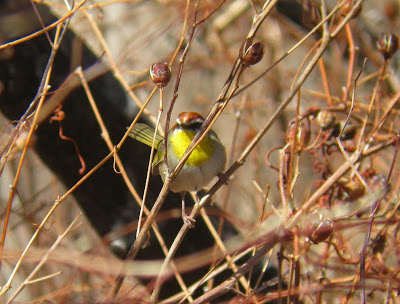 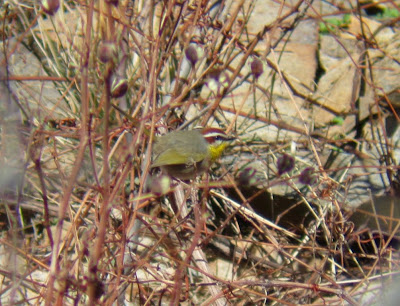 Rufous-capped Warbler
Thrilled by our experience with the warbler, we headed back down the trail and drove to nearby Madera Canyon.

Our first stop was the Santa Rita Lodge, which held common feeder birds such as MEXICAN JAY, LESSER GOLDFINCH, PINE SISKIN, and JUNCOS of many flavors. I will be making a separate junco post in the near future. This particular flock contained Oregon, Pink-sided, Gray-headed, "Cassiar" and Yellow-eyed. 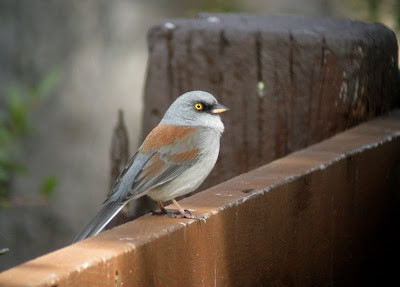 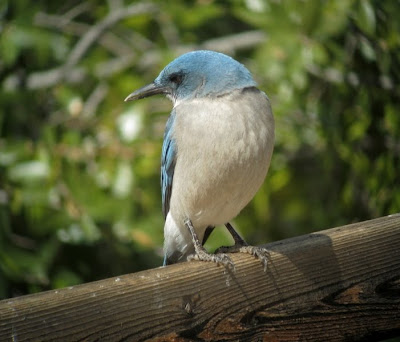 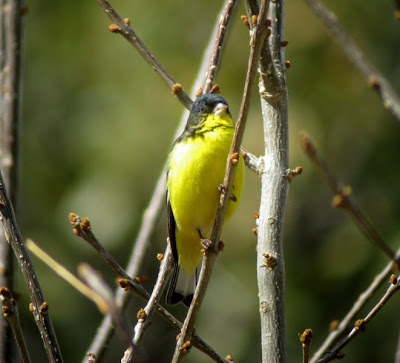 Lesser Goldfinch
Jay had to rip me away from studying the juncos so we could continue up the canyon to the Kubo cabins. The feeders here were hopping. In a short time we had BROAD-BILLED HUMMER, ARIZONA WOODPECKER, BRIDLED TITMOUSE, and my third PAINTED REDSTART of the trip. 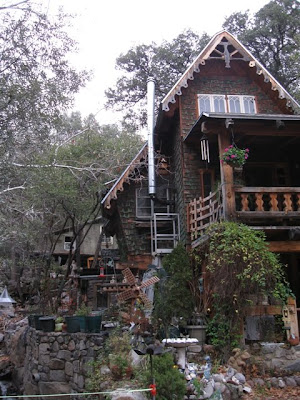 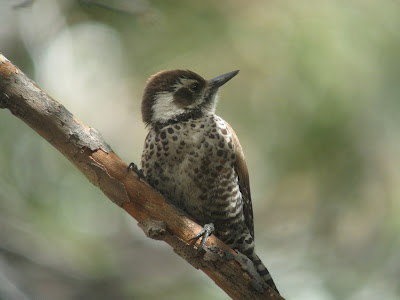 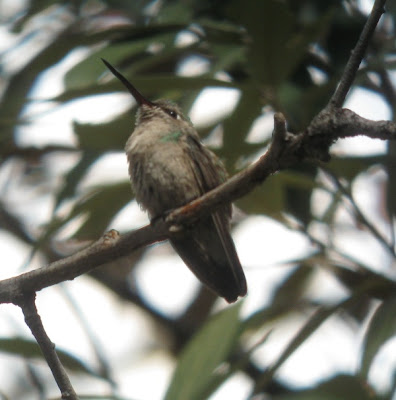 female Broad-billed Hummingbird
By now it was early afternoon and we decided to head out of the canyon for a few hours, with plans to return for some owling after dark. We drove to the small town of Tubac, which had been quite birdy per recent reports, and that's exactly how we found it. The cemetery in town held dozens of BREWER'S and CHIPPING SPARROWS with a couple BLACK-THROATEDS thrown in. We also marveled at WESTERN BLUEBIRDS and PHAINOPEPLAS right next to the car.

A small park just south of the town bridge had a flock of Lawrence's Goldfinches the day before, and Jay was able to pish in a single male LAWRENCE'S during our visit today. My scope views were very brief but satisfying. This was a species I knew I might run into but wasn't really expecting to see. Jay then spotted a distant soaring CRESTED CARACARA, which was apparently a pretty good bird for the location.

We made it back to Madera Canyon for sunset and began to look/listen for owls. Over the next couple hours we would hear 3 different WHISKERED SCREECH-OWLS and a single WESTERN SCREECH-OWL calling (down low), but none of the birds ever showed themselves.

Back to Tucson for the night.