November 16, 2010
After a long journey from Hartford, CT we finally touched down in Cuiaba, Brazil around midday. Giuliano and our driver, Paolo, greeted us at the airport. After lunch we departed for the Pantanal.

Our afternoon was spent driving along the Transpantaneria on our way to Fazenda Hotel Rio Claro. The birding along the Transpantaneria itself is fantastic. During the dry season the standing fresh water is reduced down to roadside pools. The wildlife, in search of water and fish in particular, are concentrated in and around these pools. One could amass quite a list of species without leaving the car! 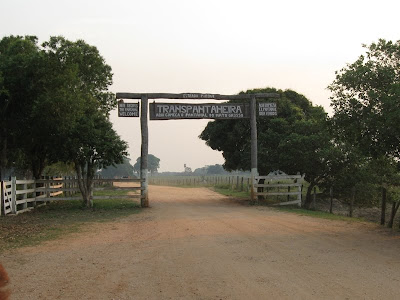 The gateway to Brazil's Pantanal 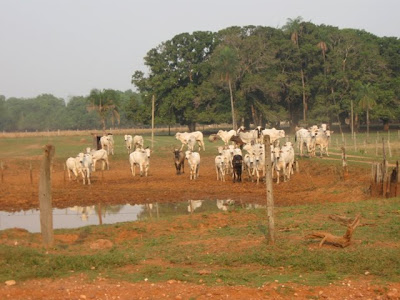 The birds came fast and furious. Each water puddle hosted new species. Long-legged waders were the most conspicuous. We had Rufescent Tiger-Heron, Striated Heron, Cocoi Heron, Capped Heron, and a trio of Ibis: Green, Plumbeous, and Buff-necked. Jabiru and Wood Storks were common. Limpkin are downright abundant. 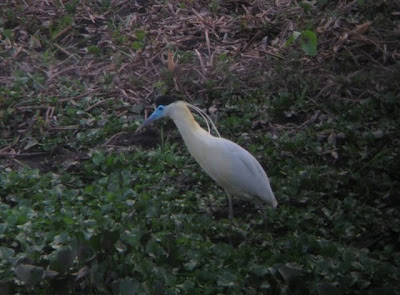 We soon had our first looks at a local specialty, the CHESTNUT-BELLIED GUAN. Raptors were well-represented in the form of Savanna Hawk, Black-collared Hawk, Great Black-Hawk, and the star of the show, a CRANE HAWK. We watched as the Crane Hawk hunted in an open savannah just west of the road. 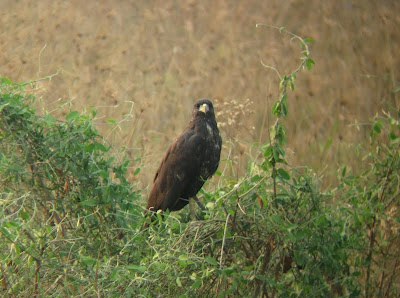 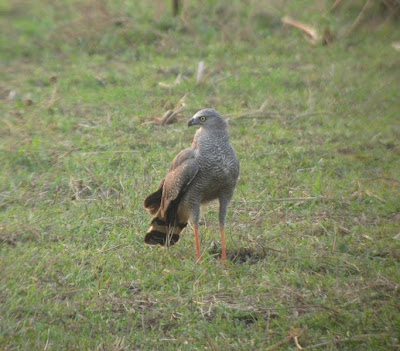 Just a few minutes into our Pantanal adventure, we got looks at my personal most anticipated species: SUNBITTERN. They are regular in the Pantanal...this would be our first of ten for the trip! In addition to the common Southern Caracara, we had a single flyby YELLOW-HEADED CARACARA. We had our first taste of the parrot family, including Red-shouldered Macaw, White-eyed Parakeet, and Yellow-chevroned Parakeet. 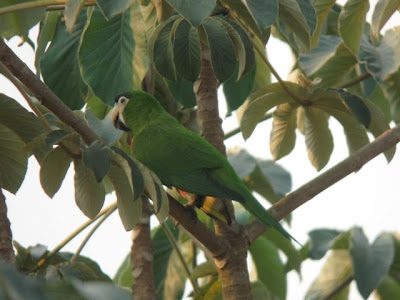 Red-shouldered Macaw
A few GREATER RHEA provided nice views from the van. A pair of CAMPO FLICKERS were quite stunning in the evening light. I finally got my life FORK-TAILED FLYCATCHERS, a bird that would be recorded in small numbers every day of the trip. Along the road we had a NEOTROPICAL RIVER OTTER running from one pool of water to another. 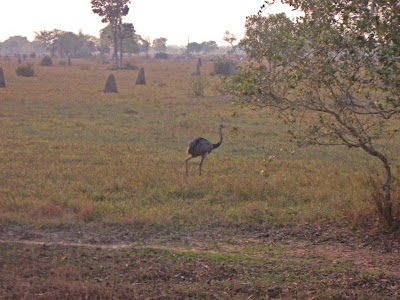 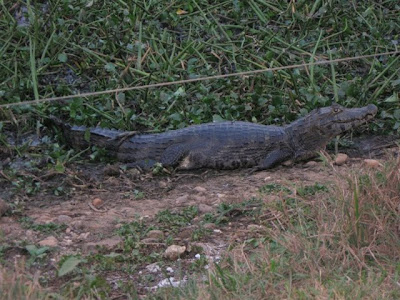 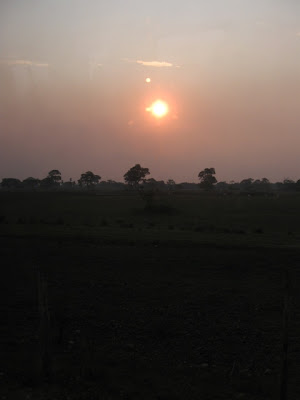 sunset over the dry Pantanal