November 20, 2010
Frank Mantlik and I spent the day battling some very strong west winds along the eastern CT coast this morning. One of our goals, late/rare passerines, was severely inhibited by the wind. Luckily there was a bit of a surprise movement of birds on the water, most of which were heading straight into the stiff wind.

We started at Stonington Pt, where there were whitecaps in the harbor and the parking lot was bathed with sea spray! Here we had 10 COMMON EIDER, about 30 NORTHERN GANNETS, 4 AMERICAN OYSTERCATCHERS, a single PURPLE SANDPIPER, and 3 BONAPARTE'S GULLS.

At Enders Island, we had our rarest birds of the day, 3 immature COMMON TERNS that put on a good, long show near the parking lot. This is my personal latest record for Common Tern in CT, by a good few weeks. We also had two lingering adult LAUGHING GULLS, 5 COMMON EIDER, all 3 scoter species, and 4 more BONAPARTE'S GULLS.

At Haley Farm State Park, the only passerine of note was an EASTERN TOWHEE. Great habitat for late migrants though.

We visited the Waterford Pig Farm, a hit-or-miss gull hotspot. Among the 70 or so common large gulls was a single first-winter LESSER BLACK-BACKED GULL. 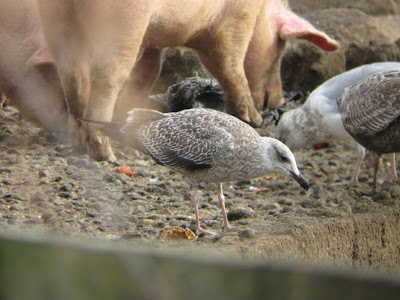 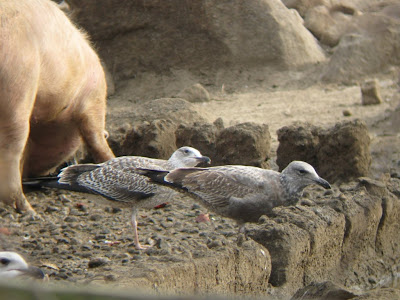 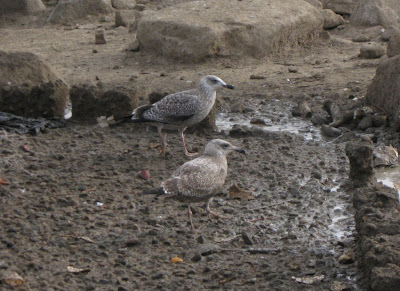 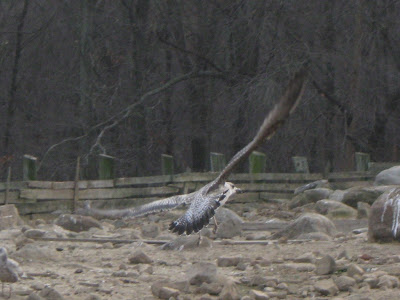 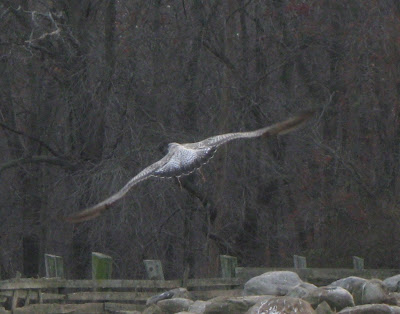 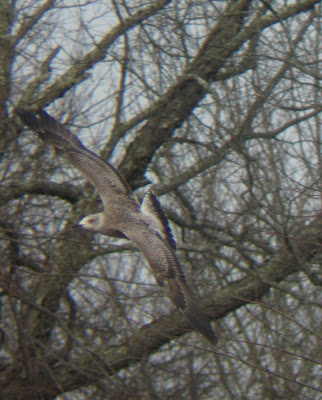 first cycle Lesser Black-backed Gull
On our way home we decided to stop by East Shore Park in New Haven to check for the CAVE SWALLOWS that had been there all day. We had 3 CAVES hawking insects (there were plenty of them available) over the sewage ponds. Warblers included 2 PINE, 1 "Yellow" PALM, and a handful of Yellow-rumps. Yet another lingering adult LAUGHING GULL was on the mudflats just offshore. 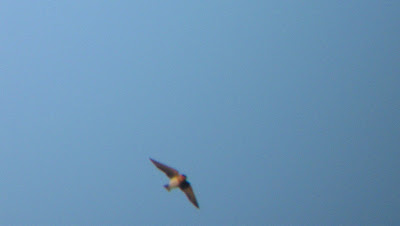 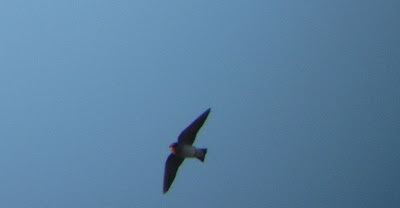 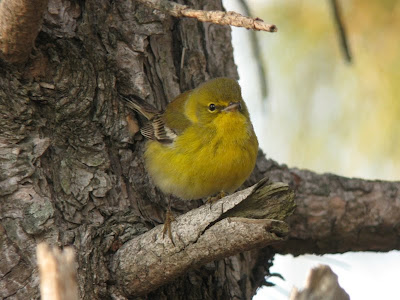 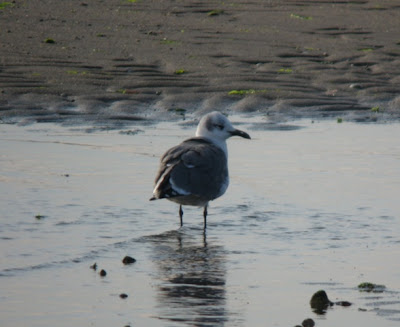