November 18, 2010
Our goal for the morning was to return to the HARPY EAGLE nest to see if the bird had spent the night. Sure enough, the eagle was sitting on the nest itself, occasionally tearing some meat off the prey we saw it carry in the night before. What an impressive bird. 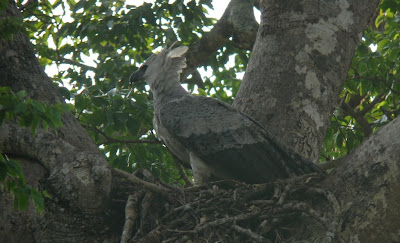 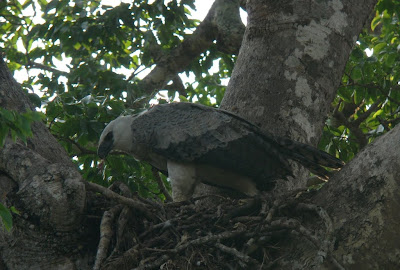 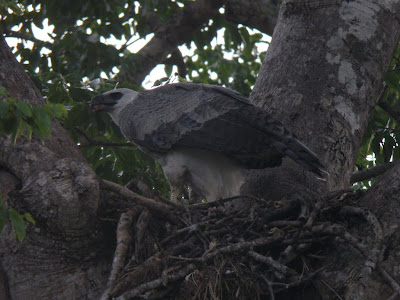 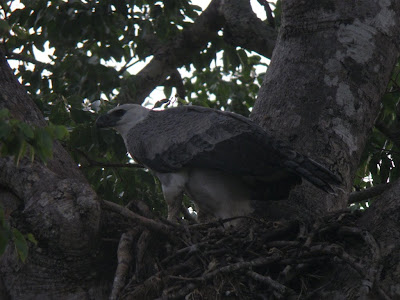 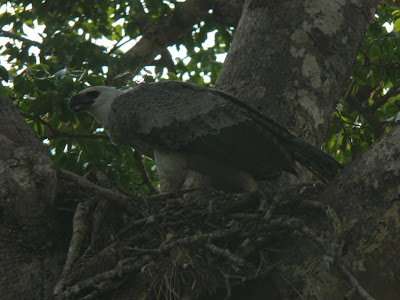 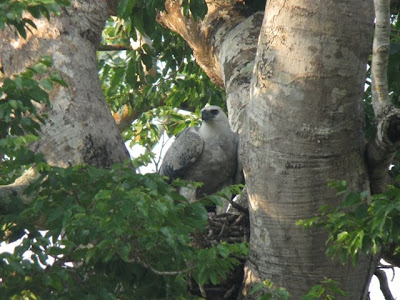 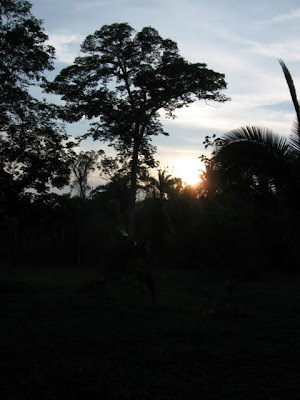 nest tree after sunrise
Later in the morning we took a walk through a bit of forest that had suffered a large fire a few weeks prior. Despite the apparent extent of the fire, the forest here was birdy. We enjoyed great views of the minute SHORT-TAILED PYGMY-TYRANT and CINNAMON-THROATED HERMITS. The pygmy-tyrant is so tiny that it looks more like an insect during its brief flights. 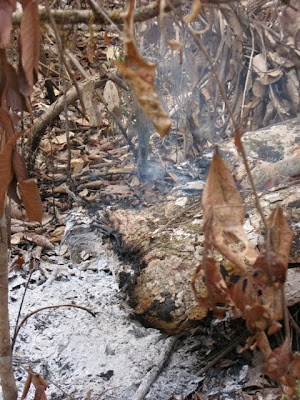 the fire still smoldering in spots... 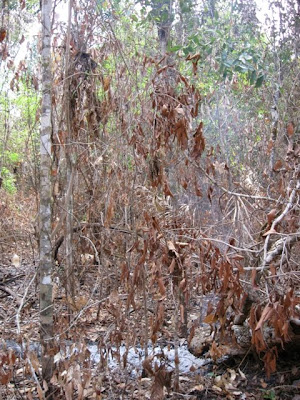 ...yet one can see some greenery has survived the fire. The vegetation here is very resistant to fire.
After lunch it was back on the road again, this time to our final destination: Chapada dos Guimaraes & vicinity. On the way, in a flooded farm field, we picked up a species we thought we had missed: WHITE-FACED WHISTLING-DUCK. 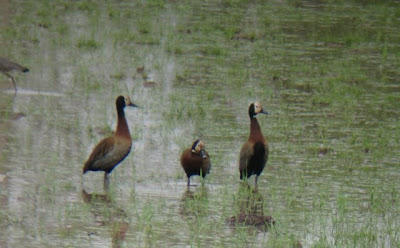 We arrived at our next lodge, the Hotel Penhasco, in time for some evening birding in the forest and along the cliffs. What a drastic change in landscape from the perfectly flat Pantanal! We enjoyed a fine show of three swift species at the cliffs: Great Dusky, White-collared, and Biscutate. We had a nice flurry of new passerines including Masked Tityra, Pale-breasted Thrush, Burnished-buff Tanager, Swallow Tanager, and White-bellied Warbler. 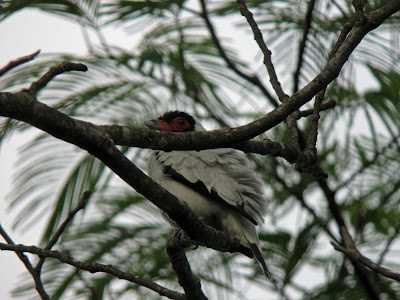 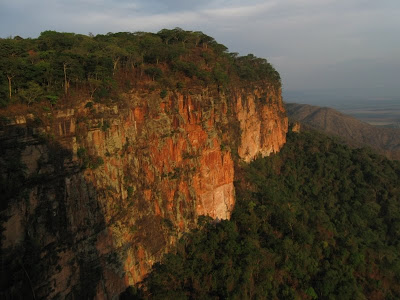 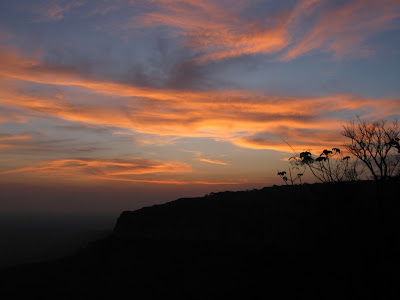 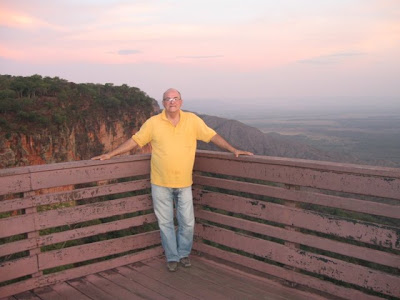 After dark, we encountered a HOARY FOX on the hotel grounds. Night at Hotel Penhasco.