November 15, 2010
A few hours worth of birding in Windsor this afternoon resulted in some quality birds and included my first landfill trip of the winter. It's that time already! 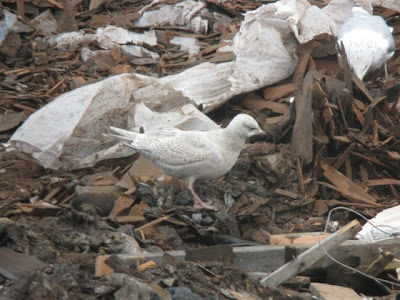 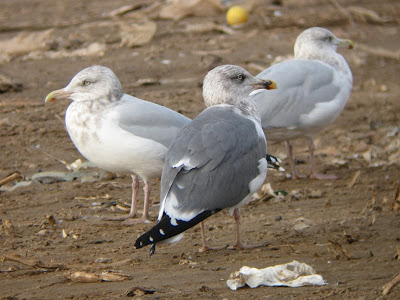 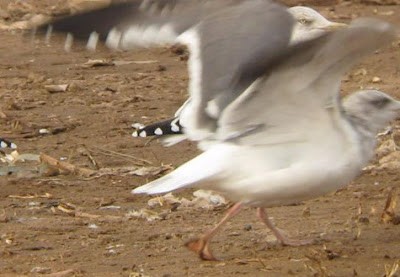 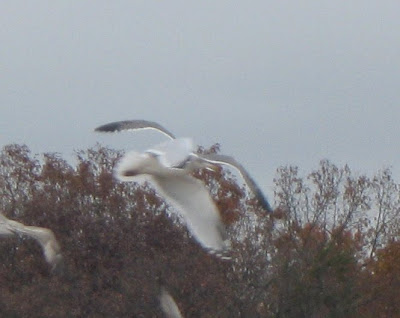 Lesser Black-backed Gull, presumed 4th cycle (maybe 3rd?). Some duskiness on the tail, black on the bill, black in the primary coverts, yellow-pink legs, and small white primary tips all indicate immaturity. At first glance I considered some HEGU genes in this bird based on bulk and it seemed a bit pale in certain light, but on closer inspection I couldn't appreciate anything outside the range of a pure LBBG, including structure. 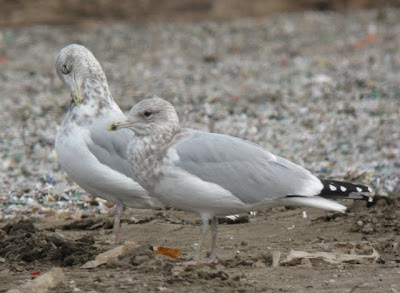 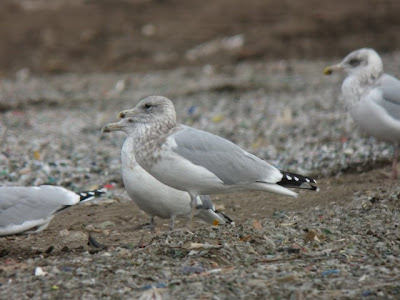 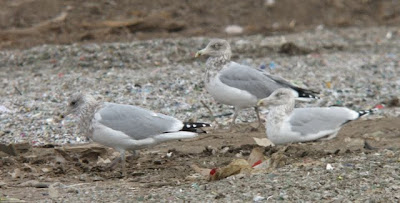 This small-billed, somewhat round-headed, and dark-eyed Herring Gull caught my attention. Appeared to be a full adult bird. Other than the dark eye, nothing outside normal range of American Herring to my eyes. I couldn't turn it into anything other than a dark-eyed HEGU. 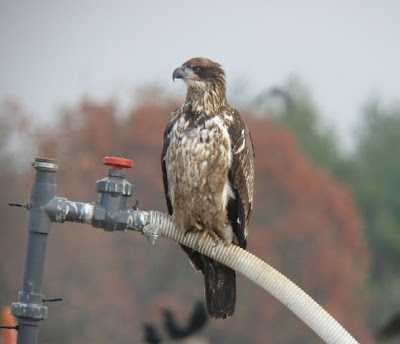 This Bald Eagle made a few appearances near the gull gatherings, but overall wasn't too bothersome.

After the landfill I meandered along Day Hill Road & vic, looking for geese & more gulls in fields/ponds. The business park off Rte 187, specifically along Waterside Crossing, has a pond that can hold geese. There was a flock of a few hundred geese here including a continuing BARNACLE GOOSE and "RICHARDSON'S" CACKLING GOOSE, presumably the same birds originally found by Brian Kleinman a couple weeks ago. Also on the pond was a drake WOOD DUCK, and a lingering inland OSPREY flew overhead with a small fish in its talons. A flock of 13 HORNED LARKS also flew past. 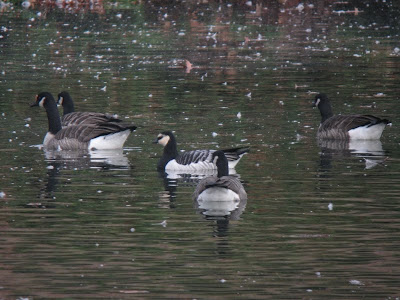 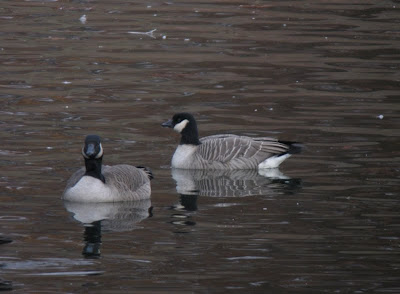