We began Day 3 the way we ended Day 2: with a boat ride on the Rio Claro. This time, we took a one-way cruise to a trailhead that eventually led back to the lodge by foot. 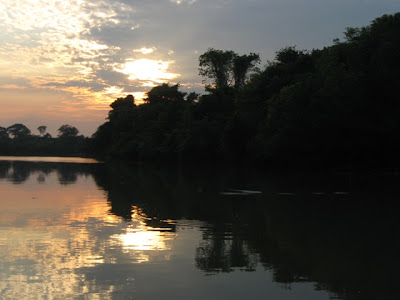 sunrise on the Rio Claro
While on the river we spotted a Caimen randomly positioned in the middle of the river. When we stopped to take a look, the beast saw us and decided to come closer... 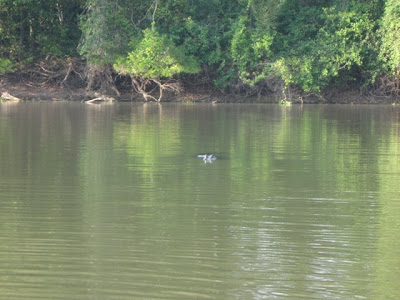 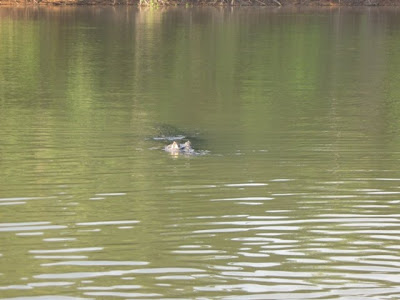 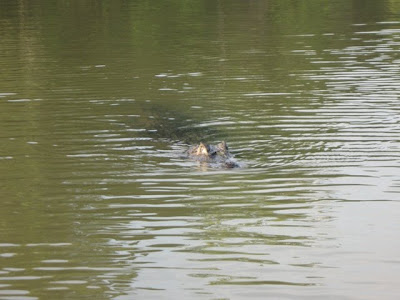 and a little too close... 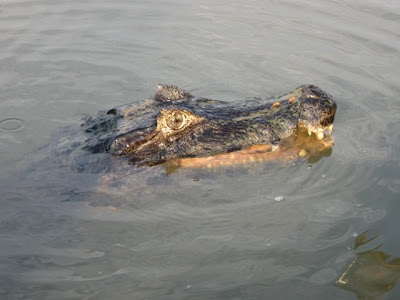 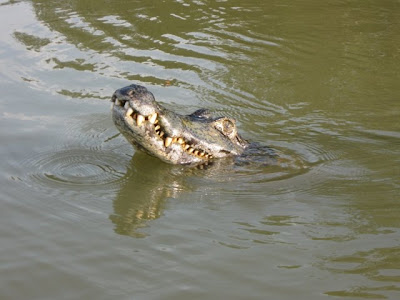 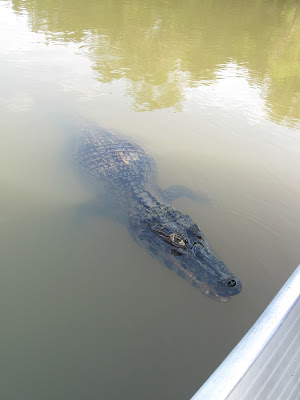 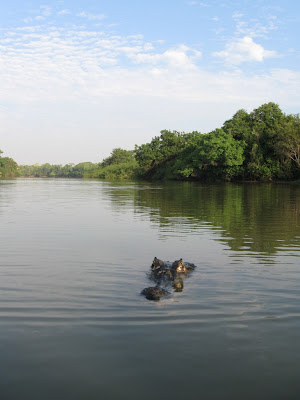 This curious Caimen came right up to our little flat-bottomed boat and actually bumped it with his snout. Us passengers, slightly intimidated by the boldness of this reptile, really enjoyed the photo ops. 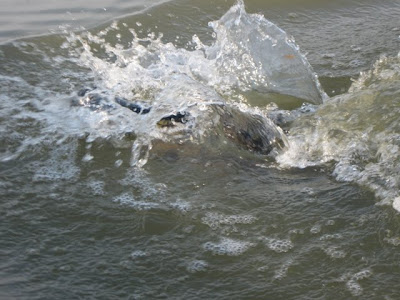 After lunch back at the lodge we packed into the van and began our afternoon drive to Porto Jofre. Along the way we ran into a few nice roadside birds including SCARLET-HEADED BLACKBIRD. We spotted a few MARSH DEER as the habitat became a bit wetter and more lush. 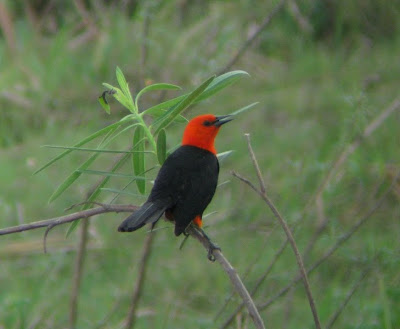 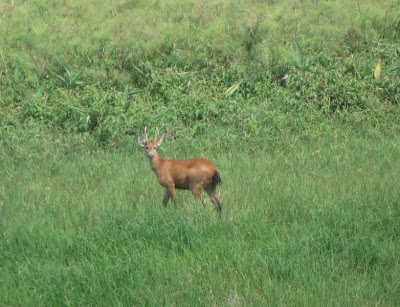 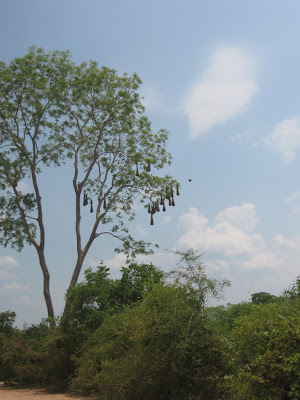 nesting colony of Crested Oropendolas
We stopped at a former park headquarters to stretch our legs and see what was around. We had nice looks at Yellow-collared Macaws and Blue-fronted Parrots here. 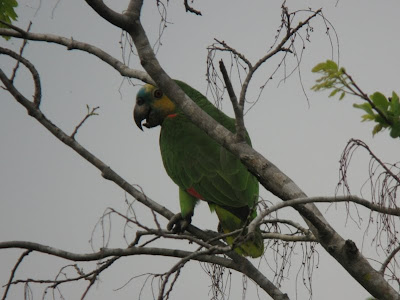 Blue-fronted Parrot
One of the trip participants spotted a mussurana (snake) in the midst of downing a frog: 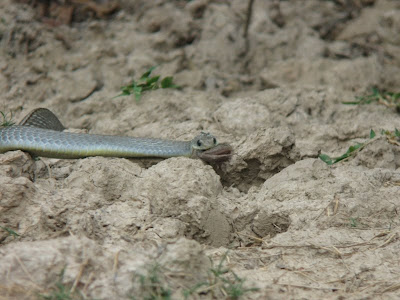 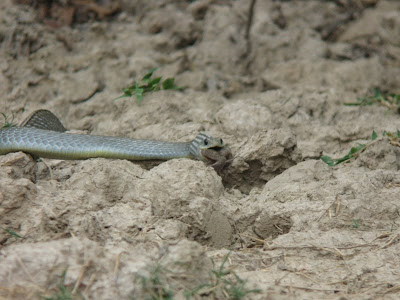 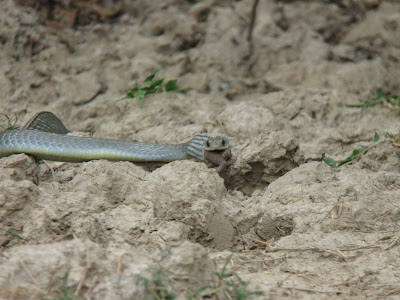 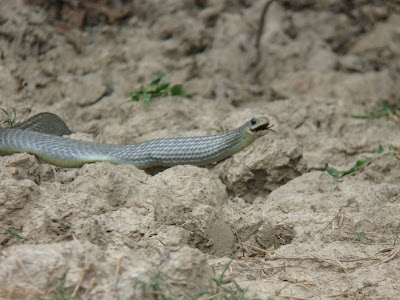 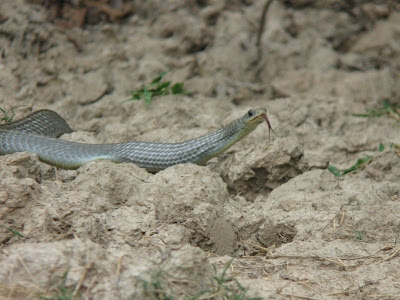 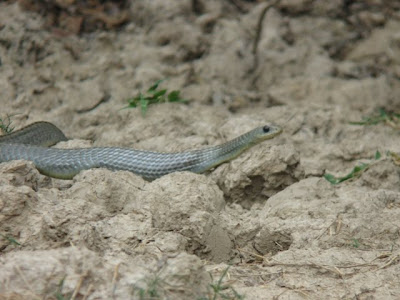 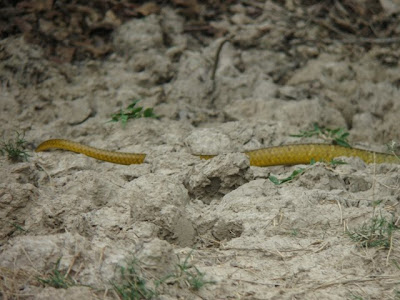 After observing that cool event, we made the remaining drive to Porto Jofre. 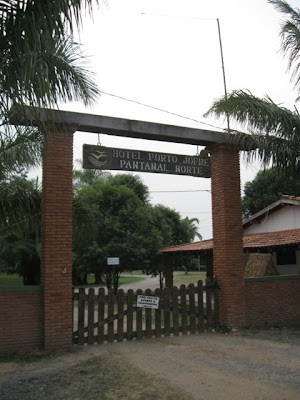