Today was largely a travel day. Porto Jofre is located at the very end of the Transpantaneira, which as you may recall is the long dead-end road that goes into the heart of Brazil's northern Pantanal. So we had to turn around and re-travel the long (but very birdy) road that we took in. Our destination would be Pousada Piuval, which is located way back toward the beginning of the road.

Along the way we stopped whenever we had the prospect of finding new birds. It was our last chance at the usually common Maguari Stork, of which there had only been one or two seen all season. We ended up dipping on that one which would stand out as our one big miss. 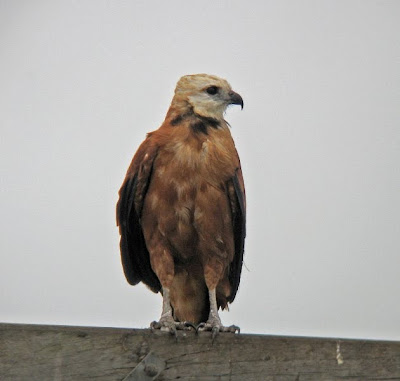 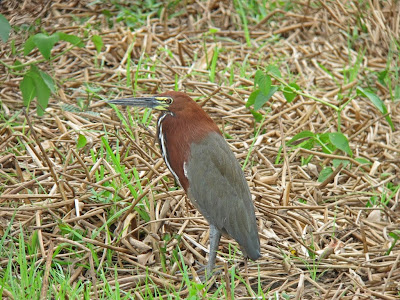 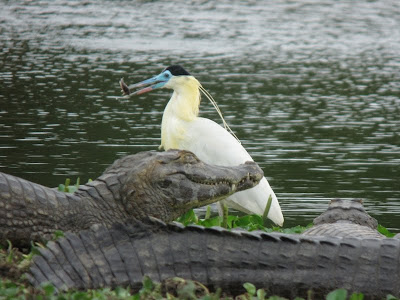 As we drove back north, we again watched the transition from lush and green near Porto Jofre to drier and browner near Pousada Piuval. Each small wooden bridge (all 100+ of them) held varying amounts of water and wildlife beneath them. 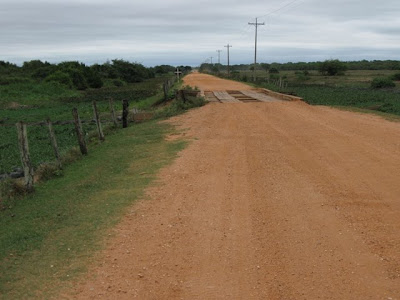 The Transpantaneira: dirt road, wooden bridge, wide open habitat on either side with the occasional pool of water. 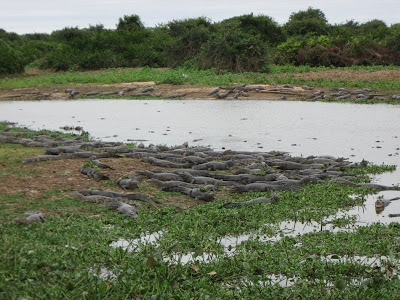 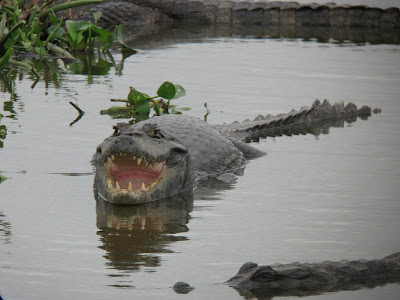 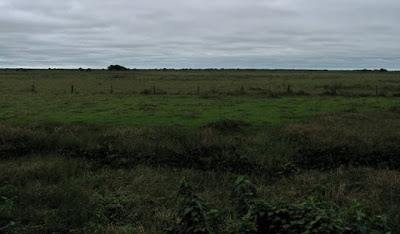 We arrived at Pousada Piuval for a later lunch, followed by an afternoon boat ride and walk along Playa Piuval, a seasonal shallow lake that merges with the river during the floods. Giuliano's favorite part of the trip occurred here. Always on the lookout for shorebirds, I spotted a few birds of interest on an exposed mudflat. We approached the shorbs to find a nervously feeding flock of 8 WILSON'S PHALAROPES. They were soon joined by a group of three different birds: Greater Yellowlegs, Lesser Yellowlegs, and STILT SANDPIPER. The 'rope and Stilt Sand, both rare for the Pantanal, were long sought-after life birds for Giuliano.

Once off the boat we took a walk along a short trail near the lake's shore. The juxtaposition of cow pies and empty snail shells at our feet really brought to our attention the drastic differences between the wet and dry seasons. We were standing in an area that would be flooded a few months from now but was currently bone dry. 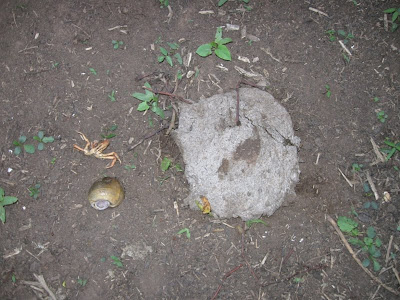 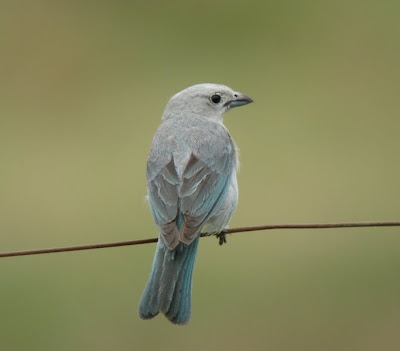 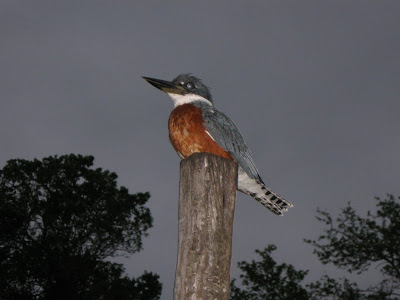 Ringed Kingfisher at dusk
Just before dark we stumbled across a helpless baby SOUTH AMERICAN COATIMUNDI in the trail. We were concerned until we spotted its mother intensely watching us, presumably waiting for us to leave. We had probably scared the mother and its youngster as we approached. 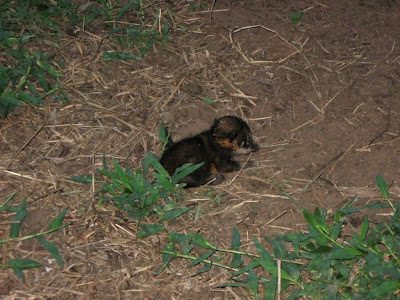 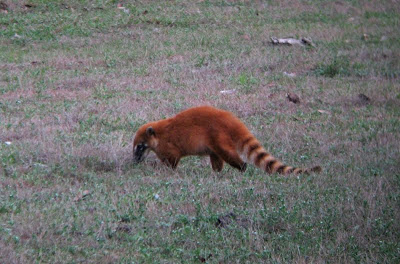 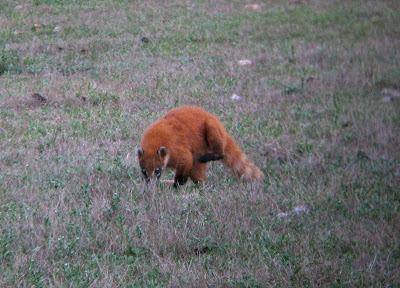 adult Coati
Our walk continued into the night, which included great looks at MOTTLED OWL, COMMON POTOO, and GREAT POTOO. 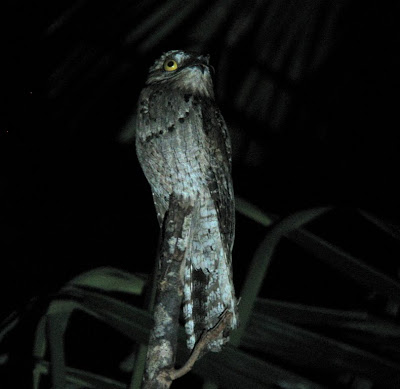 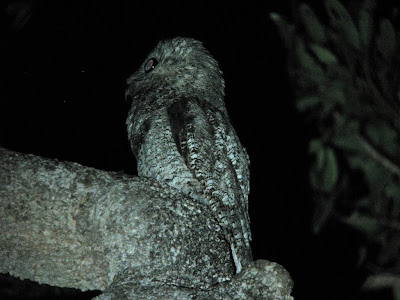